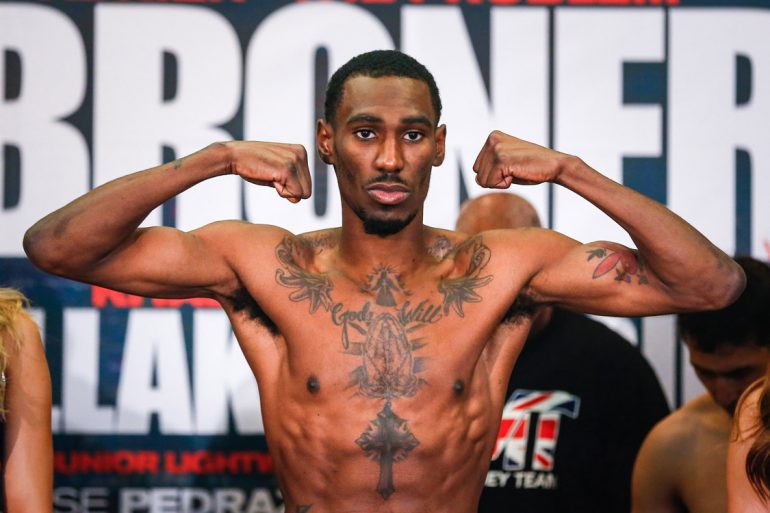 In a fight that could have gone either way, in which both fighters hurt the other, Robert Easter Jr. captured a razor-thin split decision against Richard Commey to win the vacant IBF lightweight title Friday at Santander Arena in Reading, Pennsylvania on a PBC on Spike broadcast.

With the recently released Adrien Broner standing ringside offering encouragement to Easter Jr., the fighter from Toledo, Ohio rose from a knockdown and won by scores of 115-112, 114-113 and 113-114 in the card’s co-main event underneath Danny Jacobs vs. Sergio Mora.

Commey (24-1, 22 knockouts) put Easter (18-0, 14 KOs) down with a counter right hand in the eighth round; Easter’s glove grazed the canvas while he was trying to keep his balance and referee Benjy Esteves ruled it a knockdown. A television replay showed Easter’s glove coming close to the canvas but it wasn’t definitive. The punch landed flush but Easter stormed back and pushed Commey to the ropes moments later.

Easter staggered Commey in the ninth as they were against the ropes, and he hurt Commey again in the 12th round with a right hand, nearly folding him over as Commey had to hold on to survive after both of his knees buckled. The title was vacated by Rances Barthelemy when he decided to relinquish the belt and move up in weight.