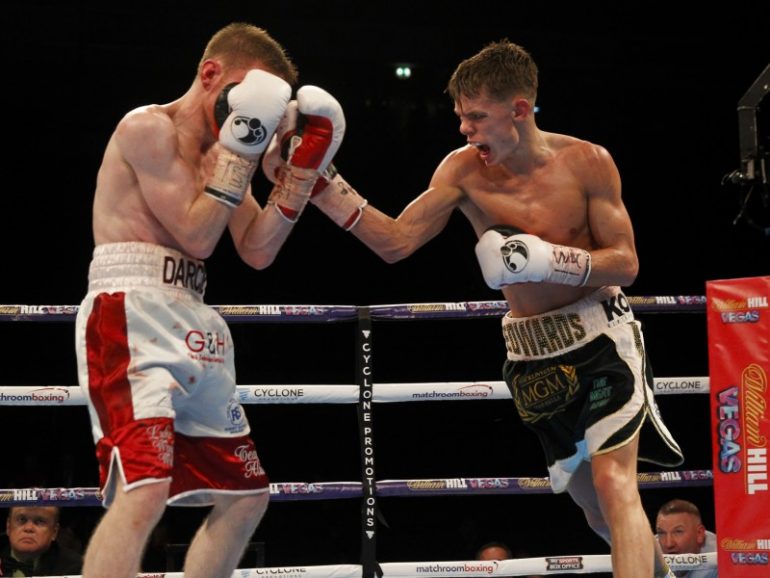 Charlie Edwards insists he is ready to land the IBF flyweight title in just his ninth pro fight when he challenges John Riel Casimero at The O2 in London on Saturday.

The former Team GB star turned pro just 18 months ago, but he does have outstanding amateur pedigree. Edwards says all that schooling has set him up for professional success and that his grounding in the amateurs is crucial in the lighter weights where you can move up the rankings rapidly.

“I’d be lying if I didn’t say that it’s come sooner than I expected, but I am going to grab this opportunity with both hands,” said Edwards.

“I’m a classy boxer and I like to show my moves and look good. I think that I will win it over the distance, but I know that people might doubt me. They will be shocked when they hear ‘and the new’ and it’s not going to be a close decision – it’ll be a wide win.

Edwards continued, “I’ve done my apprenticeship and that’s why I am confident. This isn’t too soon for me because of my amateur pedigree. When I turned pro, I said that I didn’t want to waste time fighting journeymen. I wanted to push on early. I’m big for the weight, which you see when I step in the ring and stand with my opponents.”

Casimero overturned a June 2015 world title loss to Amnat Ruenroeng to stop him in the fourth-round of their rematch in May.

Edwards’ clash with Casimero will take place on the undercard of the IBF and WBC middleweight bout between Gennady Golovkin and Kell Brook. Also on the card, Lee Haskins defends his IBF bantamweight title in a rematch with Stuart Hall.