Jermall Charlo vs. Julian Williams could take place in December 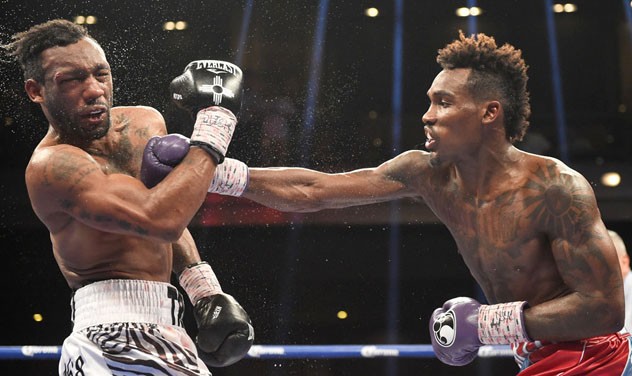 The junior middleweight title fight between Jermall Charlo and mandatory challenger Julian Williams could be pushed back to as late as December if the bout goes to a purse bid after Charlo received a 60-day medical extension because of an eye injury, IBF Championship Chairman Lindsey Tucker told RingTV.com on Tuesday.

In other words, a fight that most hardcore fans can’t wait to see is cloaked in uncertainty. “We were told back in July that they had reached an agreement to do the fight back on Oct. 1 in California,” Tucker said in a phone interview. “And then we had asked for the contracts and when the contracts came due, we found out that Charlo had an eye problem.”

Tucker said promoter Tom Brown disclosed the injury and provided a copy of a doctor’s letter to the IBF. Brown subsequently asked for a 60-day medical extension, which he was allowed to do under IBF guidelines, Tucker said.

The end of the 60-day extension is Sept. 8; at that point, both camps have 15 days to reach a deal or a purse bid will be held. The IBF would be willing to move the initial Oct. 1 date because of the issue with his eye, Tucker said. The presence of the eye injury and the medical extension was first reported by Steve Kim for Boxingscene.com.

“We would give him that based on the fact the guy was injured,” Tucker said. “We’re looking at 90 days (for the bout to potentially take place). If it goes to the purse bid, it could be as late as December (when it happens).”

Charlo’s camp has never indicated to the IBF that he is considering vacating his title and possibly moving up to 160 pounds, Tucker said. And Charlo’s trainer, Ronnie Shields told RingTV.com recently that Charlo intends to fight Williams and has no plans to surrender the belt. “I haven’t heard anything,” Tucker said of Charlo giving up the title. “We haven’t heard anything from anybody that he wasn’t planning on defending the title.”