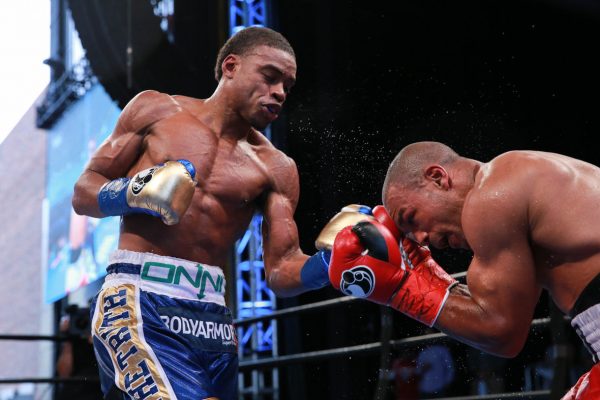 Spence’s highlight-reel finish drew an average of 4.8 million viewers for Al Haymon’s one-hour time-buy on NBC, according to Nielsen Media Research. That number surged to over 6.34 million during the bout for the highest-rated PBC broadcast since Haymon started the series in March of 2015. It also marked the largest television audience for boxing in over 18 years, according to a press release.

Of course, this being boxing and a bout with Haymon’s fingerprints, the numbers were quickly parsed and deconstructed on social media. The bout immediately followed the gold-medal winning effort by the U.S. men’s basketball team over Serbia, and PBC critics jumped on the presence of Carmelo Anthony and Kevin Durant as the perfect lead-in to the 5 p.m. ET match. Others referenced the dynamic Spence, who has quickly emerged as one of the most compelling welterweights in the sport.

Whatever the reason, Spence (21-0, 18 knockouts) earned an IBF title shot with the emphatic win, which was locally promoted by Lou DiBella. “I knew this would be the most important fight of my career and the goal was to not just win, but to put on a spectacular one-sided performance,” Spence said in a release. “It felt good to go out there and give everyone watching a great show and to do it in front of such a large television audience makes it even better.”