Anthony Joshua set to defend title on Nov. 26, not at 02 Arena 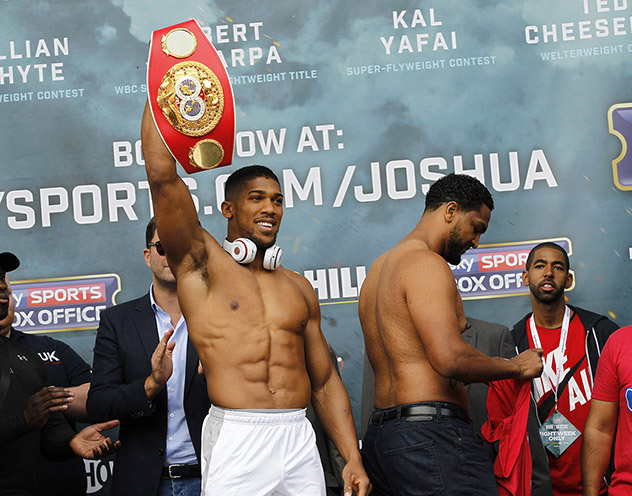 With Deontay Wilder and Tyson Fury’s next fights up in the air, Anthony Joshua announced he will defend his piece of the heavyweight championship on Nov. 26 at a site and against a foe to be determined.

Joshua, who holds the IBF title, revealed the date to the BBC while in Rio as he took in the Olympic boxing matches. Promoter Eddie Hearn confirmed the time to Sky Sports but said Joshua wouldn’t be fighting at London’s 02 Arena, where he has fought his last five bouts, including his title-winning effort against Charles Martin on April 9. Hearn didn’t immediately return a message for comment. “November 26 is the date for your diary,” Hearn told Sky Sports. “We are changing (the) city. The opponent and venue will be confirmed in the next few weeks.”

Joshua (17-0, 17 knockouts) stopped Dominic Breazeale in seven rounds in June in his first title defense. He has a mandatory against Joseph Parker, who reportedly remains one of his options for the fall, along with Kubrat Pulev. Former titleholder Bermane Stiverne was also in the running but he’s now in line to face Alexander Povetkin for a WBC interim title. Wilder is recovering from multiple surgeries on his hand and biceps while negotiations for a rematch between Fury and Wladimir Klitschko remain clouded by legal and drug issues.