Anthony Joshua U.S. debut being planned for early 2017 in NY or Vegas 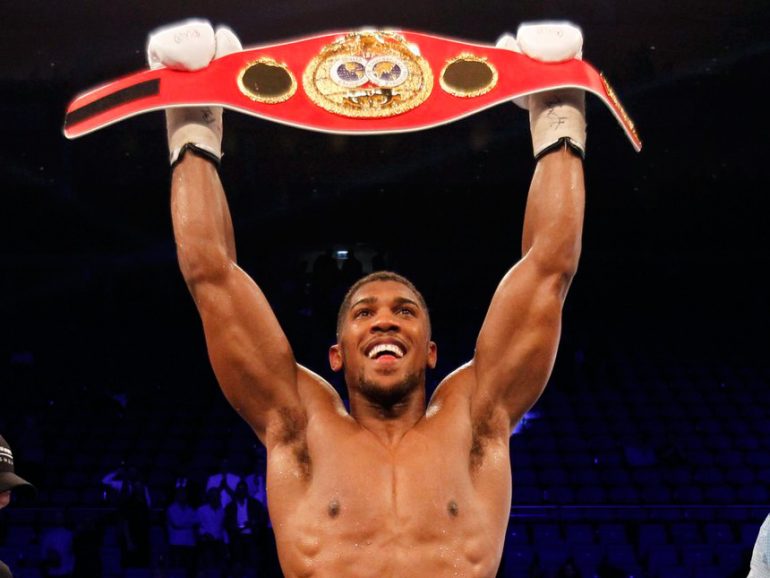 Showtime has had preliminary talks with promoter Eddie Hearn about bringing heavyweight titleholder Anthony Joshua to the U.S. in the first quarter of 2017 and unveiling him in either New York or Las Vegas for his American debut, Showtime boxing head Stephen Espinoza told RingTV.com on Thursday.

Joshua’s mandatory is the undefeated New Zealander Joseph Parker and is not due until Jan. 9, 2017. Joshua (17-0, 17 knockouts) is free to make an optional defense up until Nov. 8. The 26-year-old Brit’s return is being planned for late October or early November against a list of challengers that include Bermane Stiverne, Kubrat Pulev, as well as Parker, Hearn said in an email to RingTV.

“He’s going to have to take care of the Parker fight, probably early next year,” Espinoza said. “And then start building in the U.S. and I expect Anthony possibly to visit the U.S., certainly before the end of the year and then maybe fight in the U.S. early next year. Either (New York or Vegas) would be an easy trip for the British fans. Selfishly, I sort of think there’s something about heavyweights in New York City and sort of announcing yourself. At the same token, there’s a certain aura that goes with a heavyweight title fight in Vegas, too.”

If Joshua does fight in New York first, he could follow that up by fighting in Vegas to further develop his American footprint, Espinoza said. Anthony has been vacationing since his last fight, a seventh-round stoppage of Dominic Breazeale on June 25, and he plans to be in Rio for the Olympics this summer, Espinoza said. “I think those are good both step-up-level fights for Anthony to be taking on in his career,” Espinoza said when asked about Stiverne and Pulev, though he could have also been talking of Parker. “It’s pretty impressive that he’s thinking of those guys at this stage.”