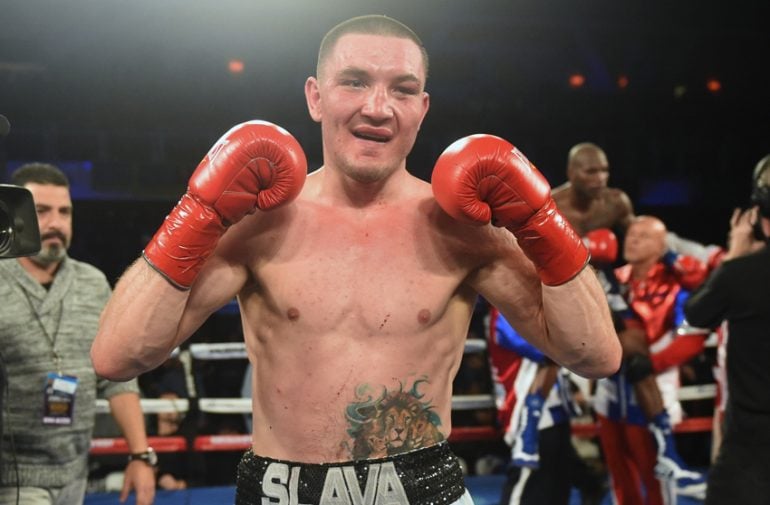 The 29-year-old Shabranskyy forced veteran Derrick Findley to retire on his stool and not come out for the fourth round back on April 15 in his last fight. He showed toughness in June of 2015 when he was dropped twice in the first round against previously undefeated Paul Parker and stormed back to stop him in three rounds. Rios fought to a draw with Jesus Angel Nerio on June 17 and has only won twice in his last eight fights. He has been stopped just once in his career.

“Vyacheslav Shabranskyy’s alias is ‘Lion Heart-Chigonsky’ for good reason — he is a fearless warrior whose inner strength matches his physical strength and skill,” said Oscar De La Hoya, Chairman and CEO of Golden Boy in a press release. “Slava, as we call him, is a future star of the sport headed toward a world championship, and I’ve been pleased with his continued ascent as he rises to the challenge every time he steps in that ring. I’m proud to call him a Golden Boy fighter.”