Talks between Luis Ortiz and Alexander Ustinov are on the ropes 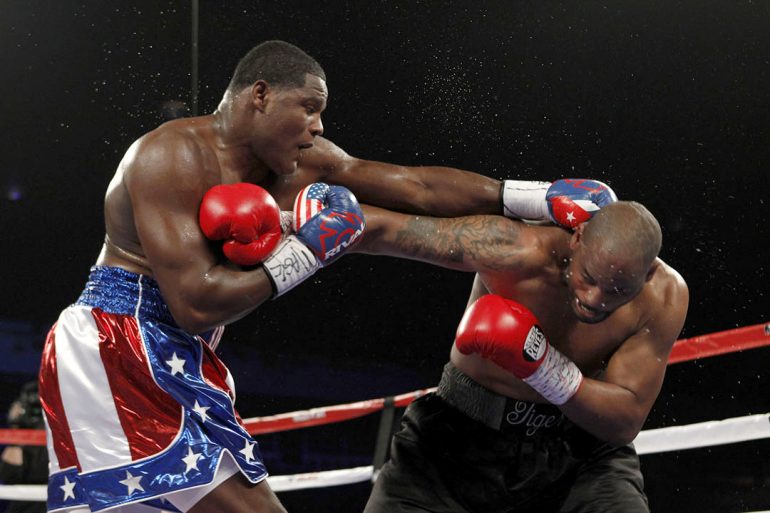 Negotiations between undefeated heavyweight Luis Ortiz and Alexander Ustinov have broken down over a host of issues, and officials are scrambling to salvage the bout for the Sept. 17 co-feature to Canelo Alvarez’s bout with Liam Smith, Golden Boy VP Eric Gomez told RingTV.com.

“Not good, not good,” Gomez said when asked to assess the talks in recent days. “We hit a snag. It’s still in the works but it’s not good right now.” The two sides had a deal in place as of May and an agreement in principle but that accord has since collapsed, Gomez said. “So many (issues),” Gomez said of what has to be ironed out. “It’s not just one thing. There’s a couple of issues that came up so we’ll see what happens.”

Gomez recently returned from a press tour in England to hype Alvarez-Smith and will now focus his attention on trying to save the fight, which has gone through several rounds of talks and was initially targeted for May 7 with Canelo’s bout with Amir Khan.

Golden Boy’s options include having Ortiz fight another opponent on Sept. 17 but the bout with 39-year-old Ustinov (33-1, 24 knockouts)  is part of the WBA’s tournament to consolidate its heavyweight titles and so carries significance.

The WBA has a super champion (Tyson Fury), a regular champion (Ruslan Chagaev) and an interim champion in Ortiz (25-0, 22 KOs). Fres Oquendo was mandated to fight the winner of Lucas Browne-Chagaev by court-order on one side of the draw before Browne was stripped of the title for failing a drug test following his March win. In the other bracket, Wladimir Klitschko and Fury are supposed to fight their rematch later this year. The winner is then scheduled to face the winner of Ortiz vs. Ustinov. The winner of the two brackets would then face each other.