Travis Peterkin and Radivoje Kalajdzic in talks for ShoBox fight 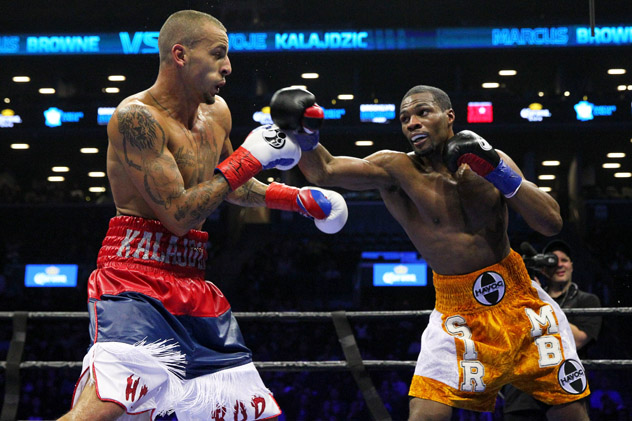 Light heavyweight prospects Travis Peterkin and Radivoje (Hot Rod) Kalajdzic are in talks to face each other, possibly in September on a Showtime “ShoBox” telecast in an attractive match-up of brute force versus finesse, promoter Lou DiBella, who works with both, told RingTV.com on Wednesday.

For Kalajdzic, it would be the second straight undefeated prospect he’s faced after he nearly upset former U.S. Olympian Marcus Brown, losing a split decision on April 16 at Barclays Center. The 25-year-old Peterkin (16-0-1, 7 knockouts) would also be facing another undefeated fighter after he drew with 2008 Olympian Lenin Castillo in Aug. of 2015, also at Barclays Center.

Peterkin, a strong athletic fighter from Brooklyn, won a lackluster eight-round decision against Larry Pryor in March at BB King’s in Manhattan and has really yet to tap into his potential. The 24-yea-old Kalajdzic (21-1, 14 knockouts) of Saint Petersburg, Florida, has not fought since the controversial loss to Browne. The venue for a proposed fight between Kalajdzic and Peterkin is still up in the air but it wouldn’t take place at Barclays Center, DiBella said.