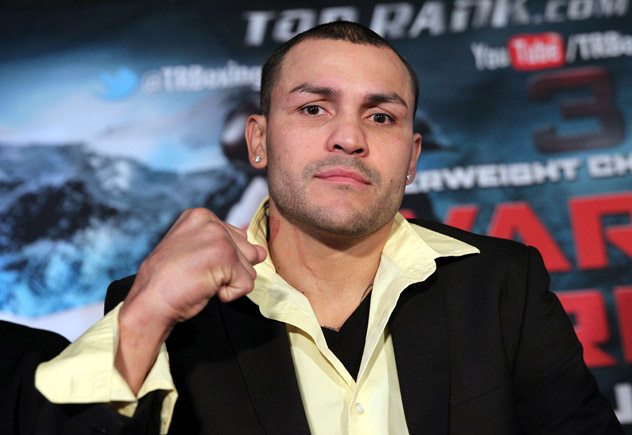 Welterweight Mike Alvarado realized the fighting style of Josh Torres was more bite than bark during their eight-round bout on Saturday. Undaunted, Alvarado had to dig deep to grind out a victory.

Alvarado won a closer-than-expected decision win over Torres at The Bomb Factory in Dallas, Texas. With the win, Alvarado improves to 36-4 (24 knockouts), while Torres falls to 15-5-2 (7 KOs).

Alvarado snapped a three-bout losing streak with a knockout win in the third round over Saul Corral in his last bout on March 19. Torres entered the bout on Saturday having only lost once in his previous five bouts.

Torres was the fighter who took initiative from the opening bell, doing his best to outbox Alvarado by landing multiple combinations.

As the bout progressed, Alvarado began to score repeatedly with lead or counter right crosses to the head. Torres was at his best initiating exchanges between the two, at times outboxing the Denver-area resident.

Both fighters had their moments during the final two rounds of the fight. Despite a face that was reddening from the amount of punches he had absorbed from Torres, Alvarado connected more with right hands to Torres’ head.

Korobov returned to the ring after a 13-month layoff on January 16, defeating Josue Ovando by decision over eight rounds. Prior to the Ovando fight, Korobov had lost by technical knockout in the sixth round to Andy Lee, during a shot at the then-vacant WBO middleweight title.

Korobov started out aggressively from the opening bell, dropping Vera with a combination about 20 seconds into the first round. Korobov dropped Vera again later in the round, courtesy of two left hands to the head.

Korobov struck paydirt again in the second round, dropping Vera with a right hand upstairs.

Undaunted, Vera did his best work in the middle rounds, even stunning Korobov with a right hand of his own to the head.

Korobov swung momentum back to his favor in the seventh round, landing a series of punches that forced Vera to fight more defensively. The Russian solidified his win in the eighth and final round by dropping Vera to the canvas but replays showed Vera may have actually tripped.