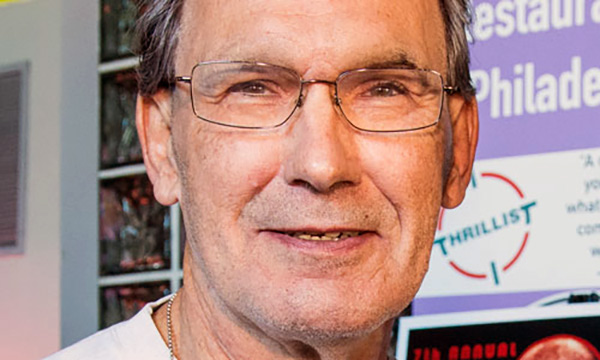 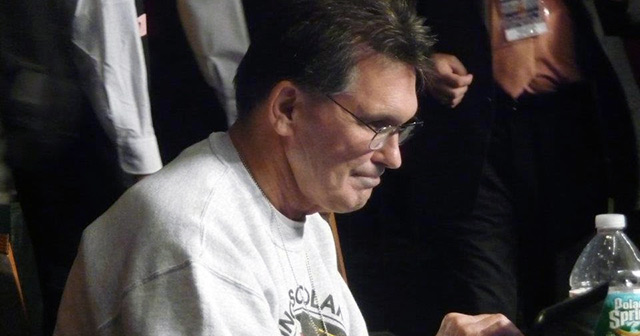 If you went to a fight card in the United States in the past 50 years, there was a chance you might see a gruff but youthful-looking bespectacled man sitting in the far reaches of press row, diligently chronicling the night’s events for any number of boxing publications.

Jack Obermayer stood out among the ringside media for his longevity and fanatical devotion to the sport. After attending his first fight on March 13, 1963 (Muhammad Ali vs. Doug Jones) Obermayer would go on to appear at a dizzying 3,514 different fight cards in 49 states in over 400 cities, figures that will likely never be matched. A common sight was to see Obermayer chatting with young boxing writers at shows, passing along advice, enjoying the company of his fellow scribes and insiders.

After a long struggle with liver cancer, Obermayer died on Saturday morning at his home in Lindenwold, New Jersey, stunning a boxing community that was looking ahead to tonight’s welterweight title fight between Keith Thurman and Shawn Porter, a fight he surely would have attended. Obermayer was 72.

While Obermayer’s attendance dwindled in recent years as he dealt with his health, he was still in Canastota for Hall of Fame weekend June 9-12. He had planned to watch John Molina Jr.’s upset victory of Ruslan Provodnikov on June 11 in Verona, New York but had to cancel when he wasn’t feeling up to it. The last show he attended was headlined by Derrick Webster’s sixth-round decision win against Lenwood Dozier at Grundy Arena in Bristol, Pennsylvania on June 4. Naturally, it was a four-fight club show; no card was too small for Obermayer to lend his presence to. The only state Obermayer didn’t attend a card in was Alaska.

Affectionately known as “KO-JO,” Obermayer, a Vietnam vet, wrote for a number of publications, including Flash Gordon’s “Tonight’s Boxing Program,” Ring Magazine, Boxing Illustrated (later Boxing Digest) and USA Boxing News, among others. He penned a popular column called “KO JO Says” that recorded his travels from show to show, including his stops at vintage diners along the way.

“Boxing is my passion, and I’m lucky to have one,” Obermayer told Robert Mladinich for a story in Sweetscience.com in 2005. “I’m hooked on the sport, whether I’m watching four-round preliminary kids or twelve-round title fights. Sometimes, I get a big jaded, and I don’t get as excited over things as I used to. The funny thing is that I used to have lots of boxing heroes, but now I’m older than most of them. My three favorite fighters of the modern era are Rocky Lockridge, Bobby Chacon and Matthew Saad Muhammad, and I’m older than all of them.”

Obermayer was inducted into the New Jersey and Pennsylvania Boxing Hall of Fame’s in 2005 and 2016 respectively; he was awarded the Barney Nagler Award for Long and Meritorious Service by the Boxing Writers Association of America in 2010.

Obermayer was born in New York City and boxed as an amateur from 1961-62, according to his New Jersey Boxing Hall of Fame bio. The Staten Island native was a former office manager of a plastics company that was owned by his ex-wife’s father, who permitted him time off to scour the country for boxing cards. Obermayer attended a world title fight in all 17 weight divisions and has worked for Fight Fax, Inc. and CompuBox, even doing some public relations work for promoters such as J. Russell Peltz over the years, as well as judging fights in Pennsylvania and Montana.

He is survived by a daughter, Ellen Kaplan, 44, and two granddaughters, Alexis Clawans, 18 and Sydney Clawans, 15. Obermayer had been living with Darlene Dontonville for the past 16 years.

The viewing will be held on Thursday at the Harmon Funeral Home at 571 Forest Avenue in Staten Island, New York from 2-4 p.m. and 7-9 p.m. There will be a Friday funeral mass at 10:30 a.m., also in Staten Island with the location details to follow.