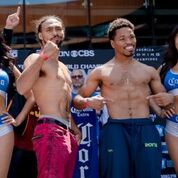 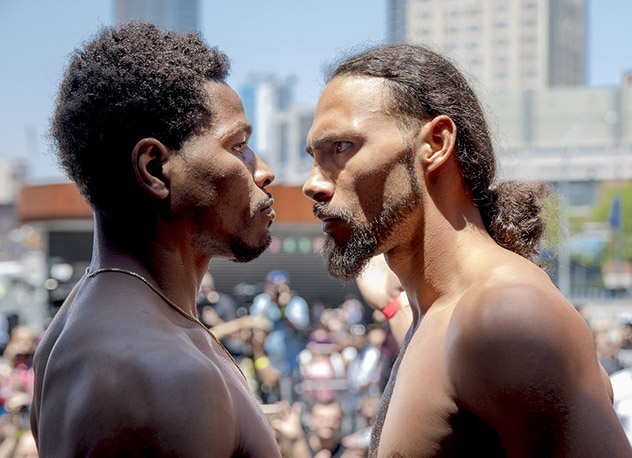 They have known each other since the amateurs and have remained cordial throughout the run-up to the fight.

But on Friday, following the weigh-in, WBA welterweight titleholder Keith Thurman didn’t seem too chummy with Shawn Porter. After a particularly intense stare-down, Thurman turned away and as he was walking off the stage, made a lullaby motion with his arms several times. “The boy is going to sleep,” he later said.

It was a little startling to see since Thurman has remained even-keeled all week, but perhaps he was just working himself up into a lather to get into the proper mindset for Saturday’s welterweight showdown at Barclays Center on CBS (9 p.m. ET). Thurman, looking a little gaunt, tipped the scales at 146 pounds on Friday while Porter stripped naked and weighed-in at 147 pounds, both making weight on their first tries.

In the night’s co-feature, Jarrett Hurd came in at 153 ¾ pounds while opponent Oscar Molina weighed 154 ¾ for their junior middleweight fight. Since the contract stipulated that each boxer could come in a pound over the weight limit, Molina didn’t have to sweat off the extra weight, according to Hurd trainer Ernesto Rodriguez.