George Groves: Murray will not hear the final bell 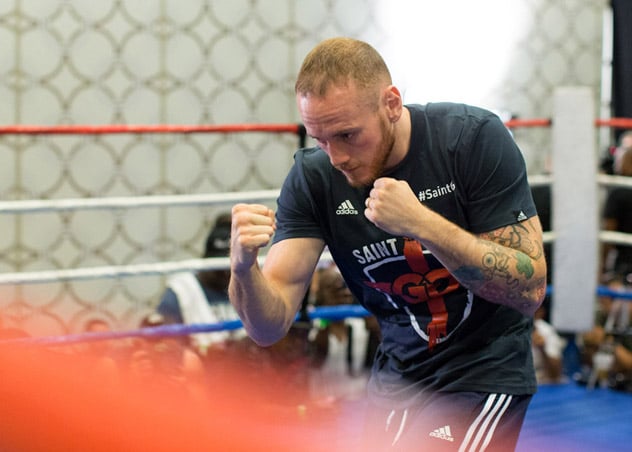 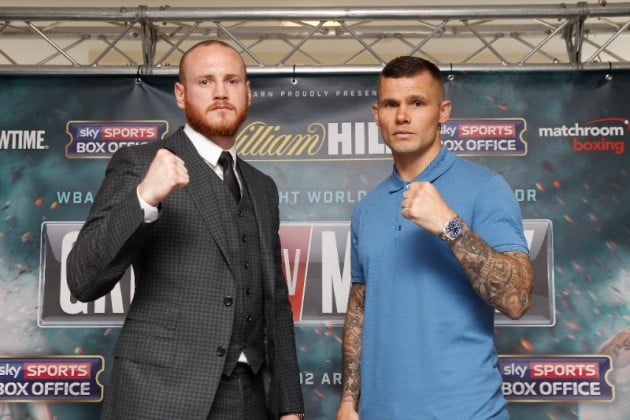 George Groves (23-3, 18 KOs) says Martin Murray (33-3-1, 16 KOs) will not hear the final bell when the British boxers collide on Saturday in an eagerly anticipated WBA super middleweight title eliminator at The O2 in London, England.

Groves has been respectful of his opponent during the buildup but left no doubt of his intentions at the final press conference yesterday.

“It’s a must-win fight and a fight I fully plan on winning,” said the Englishman who is rated No. 5 by THE RING at 168 pounds. “Martin is going to come with his game plan, he is going to try to be smart, he’s going to try and make me miss and hope that I tire so he can drag me into a dogfight in the second half of the fight. But it’s going to be difficult for him because I’m going to be landing big shots and he’s not going to be able to get past the first six rounds the way he is hoping.

“Martin is a good fighter but he’s in with a better fighter, and a naturally bigger and stronger fighter. This fight won’t just come down to who wants it more, it will come down to who is the better boxer. It’s not going to be easy, by any stretch of the imagination. I rate Martin and I like the way he fights, but I just don’t think he’s good enough to beat me.

Groves continued, “I think I will win and win well. It’s going to be exciting fight and the fans are in for a real treat. I expect Martin to show a lot of heart but my boxing ability will be too much for him. I always say my opponents aren’t going to hear the final bell, and I can’t see anything different on Saturday night.”

The Londoner also hit back at claims from Murray’s camp that he has been struggling at the weight. “It seems like they are pinning their hopes on the misguided belief that I have issues at the weight and that this will have an effect on my performance,” he said. “The truth is, I do the weight more than comfortably. I have a very good and solid team around me who make sure of that. I’ve prepared fantastically for this fight and I’m in perfect condition.”