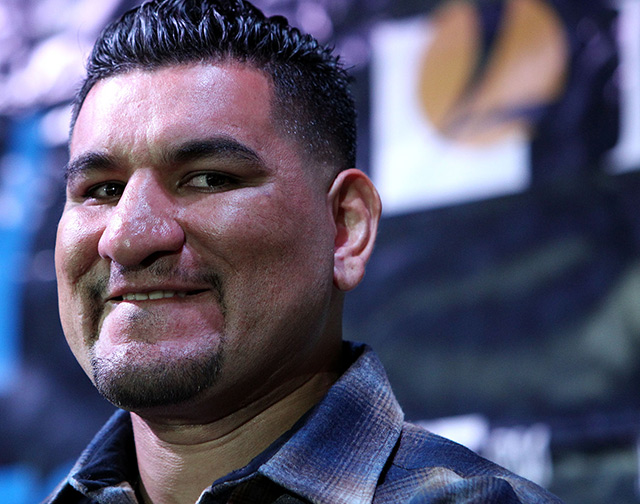 LOS ANGELES – There aren’t many fans that give Chris Arreola a shot against Deontay Wilder when the heavyweight sluggers meet in a Fox-televised main event on July 16.

In fact, most boxing observers believe the 35-year-old veteran hasn’t earned the right to challenge Wilder, the unbeaten holder of the WBC title.

Arreola (36-4-1, 31 KOs) won’t argue with the naysayers. He agreed with them almost one year ago when he was held to a 10-round majority draw by an unheralded gatekeeper on CBS. During his post-fight interview he was asked about the possibility of challenging Wilder. Ever the straight-shooter, Arreola said he didn’t deserve it.

Eleven months later, after a razor-thin split decision over Travis Kauffman was changed to a No Decision due to a positive test for marijuana and almost six months of inactivity, Arreola has changed his mind. 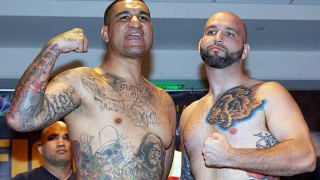 “I feel a whole lot better because I’ve been training my ass off in San Diego and I feel like the Kauffman fight got me prepared for this stage,” Arreola, who was dropped in Round 3 of his 12-round scrap with his former sparring partner, told boxing scribes before the kick-off press conference for the Wilder fight at The Conga Room at L.A. LIVE on Tuesday.

“I thought I won, but it was a tough fight,” he said. “I expected a tough fight because we know each other. We’ve sparred maybe 200 rounds.”

Be that as it may, boxing pundits figure if Kauffman can drop Arreola, Wilder – who has scored 35 knockouts in 36 consecutive victories – can put him down for the count. Wilder, who is ranked in the top five of THE RING’s and ESPN.com’s heavyweight ratings, is a huge betting favorite. Arreola might be as much as a 20-1 underdog in some sports books, and those odds are understandable given the last three years of his up-and-down career.

Arreola, who was stopped in two previous challenges for the WBC title, is 2-2-1 (with the one No Decision) in his last six bouts. The Southern Californian lost two bouts to Bermane Stiverne (the rematch by sixth-round TKO), struggled to an eight-round decision over journeyman Curtis Harper and was held to a draw by Fred Kassi during that stretch. He is not rated by THE RING, ESPN.com or the Transnational Boxing Rankings Board.

“I’m the underdog in this. I know that and I don’t blame anyone for thinking I have no chance,” he said. “Fans have seen me overweight for fights, seen me get beat up, get my nose broken, get dropped, but you know what? I got up and fought back when I was dropped. I fought through the broken noses.

Arreola’s warrior spirit, along with his name recognition, is the main reason he was selected by Wilder’s brain trust for the July 16 title defense, which was hastily put together after the Alabama native’s mandatory showdown with Alexander Povetkin, scheduled for May 21 in Moscow, was cancelled after the Russian challenger tested positive for a banned substance. 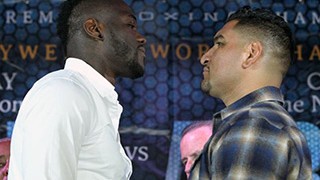 “I wanted someone that would be exciting, but also well known,” Wilder told members of the media prior to Tuesday’s press conference. “We looked at a lot of contenders, from [Bryant] Jennings to [Kubrat] Pulev, and even considered [Luis] Ortiz, but most were not available. And for some of them it made sense to wait until we had time to really promote the fight.

“I wanted to fight as soon as possible. I didn’t want all the hard work I put into training for Povetkin to go to waste, so we needed someone who could sell tickets on short notice and would come to fight with all his heart. And that’s what Chris does whether he’s in shape or not.”

Arreola says he’s in shape now, and he’ll be in real fighting condition by July 16. He has been in camp and working hard for three and half weeks, according to his conditioning coach B.B. Hudson, who says Arreola is “getting there, bit by bit.” It hasn’t been easy.

He’s making use of it. Studying Wilder’s style and sparring with the biggest, rangiest and energetic heavyweights his team can find. Arreola freely admits that Wilder, a mobile big man gifted with speed and power, is unlike any of his previous opponents.

“His athleticism and power sets him apart,” he said. “His power is in the snap at the end of his punches. I can’t give him range. I have to be ready for his speed and be able to get in close.”

Wilder, who will be defending his title in Birmingham (for the third time on July 16), says he won’t overlook Arreola. He didn’t begin boxing until he was 21, and was thus overlooked as an amateur and not expected to be good enough to win a national tournament let alone make the U.S. team for the 2008 Olympic Games, where he won a bronze medal. And despite his fearsome KO streak as a pro, he wasn’t taken seriously by most boxing insiders until he outpointed Stiverne for the WBC title in January 2015. 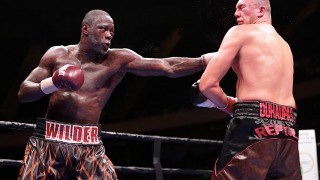 So Wilder doesn’t underestimate underdogs. His three title defenses, all late stoppages in hard fights against opponents he was supposed to blow out, have taught him to respect fighters that most boxing fans dismiss.

“One thing I’ve learned is that guys bring their A-game when they fight for a title,” Wilder said. “They take punches they normally wouldn’t because they don’t know if they’ll ever get that opportunity again.”

Arreola has had three opportunities. The first came against then-WBC titleholder Vitali Klitschko, who stopped Arreola after 10 one-sided rounds in 2009. The rematch with Stiverne in 2014 was for the vacant WBC title.

Arreola believes the losses add to the experience he will use to outclass Wilder.

“Not to take anything away from Wilder but Stiverne was ready for me,” he said. “He didn’t take Wilder seriously at all. And no disrespect to Wilder but he’s no Vitali Klitschko.

“Klitschko wasn’t just big, he was the smartest fighter I ever faced. He slapped me around good but I kept coming. I’m not sure Wilder can keep me off of him like Vitali did.”

Arreola expects Wilder to be almost as mobile as the future hall of famer was six and half years ago.

“Little but little, he’s learning about distance and how to use his reach and abilities,” Arreola has noticed viewing Wilder’s last four bouts. “He’s starting to understand who he is in the ring.”

However, Arreola laughed when a writer asked him if Wilder was the best heavyweight in the game right now.

“Is he the best heavyweight out there?” he asked rhetorically. “Come on, man. The Gypsy King (Tyson Fury) beat Wladimir Klitschko but Klitschko still fought and beat everyone for more than 10 years.”

Arreola expects Fury to beat Klitschko again next month and he gives Dominic Breazeale a shot against Anthony Joshua on Saturday. He says the division is as wide open as it is rejuvenated with players such as Fury, Klitschko, Joshua, Ortiz and Joseph Parker.

On July 16, Arreola is out to prove that he’s still in the mix.