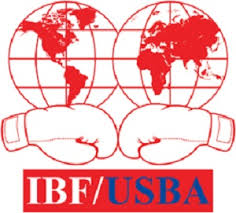 The IBF will punish any titleholder or rated fighter with a one-year ban and by vacating their title if they decide to participate in the 2016 Olympics in Rio, the New Jersey-based sanctioning body announced on Monday.

The IBF cited safety concerns in its decision, arguing that professional boxers pose a risk to amateurs if they are matched. The IBF applied Rules 5 and 14 of its IBF/USBA Rules Governing Championship Contest to the Olympic issue, reasoning that any IBF titleholder or ranked fighter who decides to compete in Rio is violating the ideals of sportsmanship and professionalism set forth by the IBF.

AIBA’s decision earlier this month to allow professionals to compete in the Rio Games was met with widespread condemnation. Veteran boxing promoter Bob Arum labeled AIBA’s decision as “absolutely insane.” The WBC announced it would strip any champion of his title and ban a fighter from its rankings for two years if they fight in Rio. A number of notable fighters, such as Manny Pacquiao and Amir Khan have expressed interest in making the transition to Olympic boxing while not following through.

IBF president Daryl Peoples told RingTV.com on June 2 that he personally disapproved of AIBA’s decision and planned to discuss the possibility of issuing punishment. “I just don’t think it was really well thought out,” he said earlier of AIBA’s ruling. On Monday, after conferring with medical experts, Peoples spoke of the health and safety of boxers in crafting the IBF’s position.

“Making this decision was not difficult for us,” he said in the release. “We felt it was important for the IBF to get involved and take a stance against professional boxers competing against amateurs due to safety concerns as part of our commitment to this sport.”