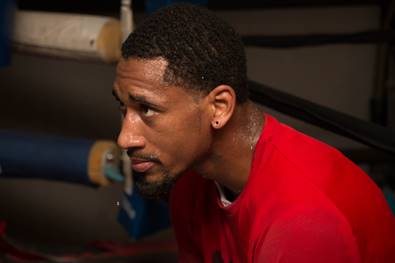 Andrade (23-0, 15 knockouts), who dropped Nelson in the opening round and in Rounds 11 and 12, thoroughly out-boxed, outworked and out-maneuvered the 6-foot-3 Ohioan between those knockdowns. Nelson (25-3-1, 15 KOs), a solid gatekeeper/fringe contender, was never in the fight.

Andrade, who briefly held the WBO 154-pound title before it was stripped due to his inactivity, is known for his slick and mobile boxing style, but against Nelson he was also aggressive with high-volume combination punching to the body and head.

It was a virtuoso performance by Andrade, a 28-year-old southpaw from Providence, Rhode Island, who was a world amateur champ and 2008 U.S. Olympian. THE RING’s No. 6-rated contender earned a shot a the WBC 154-pound belt currently held by Jermell Charlo said he’s “ready for them Charlo boys!” during his post-fight interview on Showtime.