Muhammad Ali 1966 – The Greatest at his Greatest 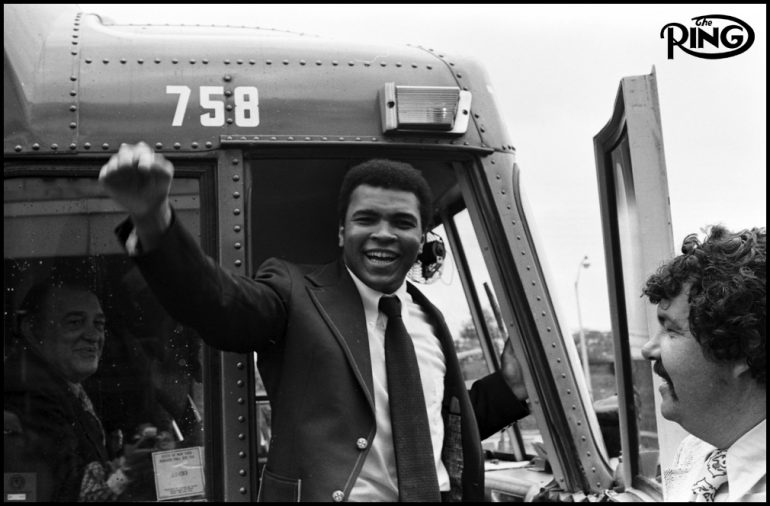 Exactly half a century ago, the world heavyweight champion was Muhammad Ali.

At this point in 1966 he had made two successful title defenses (four in total) and was one fight into a three-bout European tour. He was 24 years old, at the peak of his powers and all those glorious nights against Joe Frazier, George Foreman and Ken Norton weren’t even thought of.

Still, the year of 1966 is interesting for a variety of reasons. Firstly, it was Ali’s busiest as heavyweight champion; comprising five fights. He also went 15 rounds for the first time in his career. He also debuted against a southpaw opponent and, perhaps most memorably, put on his most perfect display of boxing skill.

As we prepare to say goodbye to the most glorious of gladiators, there is perhaps no better time than to remember this man at his best. We should forget the sad times. He wouldn’t want that and neither would his family. Let’s look back on that bulletproof prime, where he took the sport he loved to new heights and set a benchmark for heavyweight combat that will never be matched. 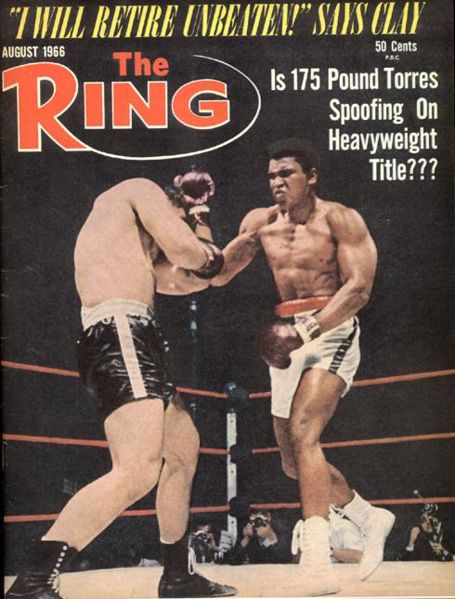 GEORGE CHUVALO
Date: Mar. 29, 1966
Location: Toronto, Canada
Ali’s record: 22-0 (18 KOs)
Chuvalo’s record: 34-11-2 (27 KOs)
Result: UD15
Background: Ali weighed in at 214.5 pounds, which was the heaviest of his career by far at that time. Why? Because nobody knocked out Chuvalo and the champion needed gas to burn. As with almost every one of his performances during the 1960s, Ali was dominant but this was the most difficult and punishing bout of his peak years. When he wasn’t on the end of Ali’s jab and multi punch salvos, Chuvalo was closing the distance and battering home terrific hooks to the body with both hands. “Ali went to the hospital afterwards with bleeding kidneys and I went dancing with my wife,” said Chuvalo years later in a documentary exploring the bout, entitled “The Last Round”. The Greatest would claim a lopsided 15-round unanimous decision. The pair would meet again in a non-title bout in May 1972 with Ali dominating on the cards once again. In 27 rounds, Ali never managed to get Chuvalo off his feet but don’t hold that against him. In 91 fights, Chuvalo never took a count despite also mixing with the likes of Floyd Patterson, Frazier and Foreman. 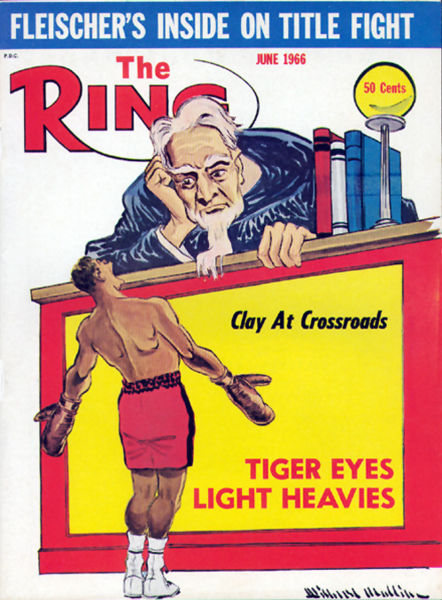 HENRY COOPER II
Date: May. 21, 1966
Location: London, U.K.
Ali’s record: 23-0 (18 KOs)
Cooper’s record: 31-11-1 (19 KOs)
Result: TKO6
Background: Less than two months later, Ali was a svelte 201.5 pounds and if you think that’s light then the challenger’s weight will be a bigger shock. Cooper was 188 pounds for his rematch with Ali and only 185 for their first fight in June 1963, which he lost on cuts. Virtually no one would label Ali a small heavyweight and Cooper fought him twice while way under the old cruiserweight limit of 190 pounds. That is amazing. What was also amazing was the fact that he had knocked Ali (then Cassius Clay) clean off his feet with a monster left hook and he was determined to keep him down in the rematch. It didn’t happen. Ali picked the popular Englishman off with the jab, placed him in a vice-like grip whenever he got close and spun him. In Round 6, Cooper’s tissue paper skin cruelly betrayed him for a second time when a brace of sharp one-twos slashed his brow wide open. Blood splashed all over the canvas as Ali followed up with fury, prompting referee George Smith to call a halt to the action. The attendance at Highbury soccer stadium was 45,973 and that was without HBO 24/7 and social media helping out. 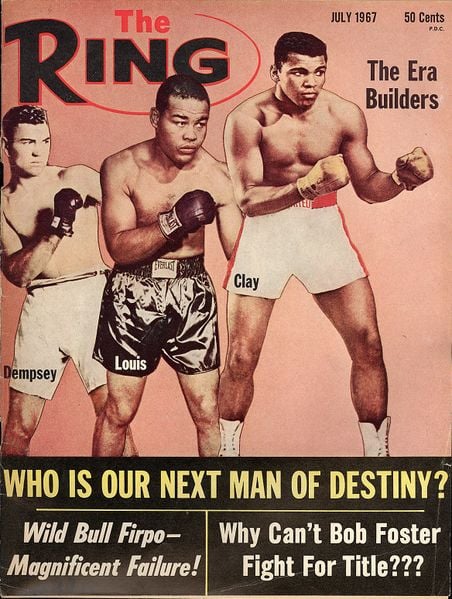 BRIAN LONDON
Date: Aug. 6, 1966
Location: London, U.K.
Ali’s record: 24-0 (19 KOs)
London’s record: 34-14 (26 KOs)
Result: KO3
Background: London was a rival of Cooper’s on the British scene but lacked his overall quality. He had lost two fights to the future Sir ‘Enry by the time he met Ali, but had also displayed serious courage in a prior heavyweight title shot against Floyd Patterson seven years earlier. The Blackpool native had lasted 11 rounds against Patterson but couldn’t lay a glove on Ali at Earl’s Court Arena. He was swatted around for two rounds before Ali lowered the boom in the third. Boxers often take part in exhibitions but this was a knockout exhibition. A series of feints backed London into a corner, where Ali unloaded a spray of straight punches. One-one thousand, two-one thousand, a dozen shots, most of which merely touched the target, but one right, designed to end proceedings, snapped the challenger’s head back. London, who was out for the count, later told the BBC, “(Ali) wasn’t a man who could hit you once (and knock you out). He would land an accumulation of punches, so instead of hitting me with one, he hit me with ten”. England had won the World Cup in soccer (a feat they had never achieved before or since) less than two weeks earlier and the country remained in celebration mode. 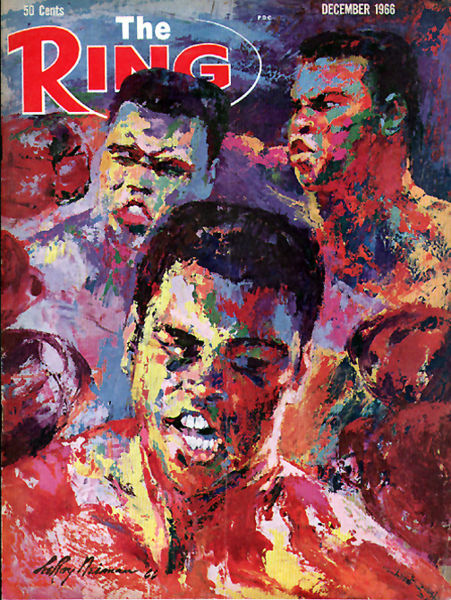 KARL MILDENBERGER
Date: Sept. 10, 1966
Location: Frankfurt, Germany
Ali’s record: 25-0 (20 KOs)
Mildenberger’s record: 49-2-3 (15 KOs)
Result: TKO12
Background: The first left-hander Ali ever faced in a professional fight and one of only two he would meet in his entire career (the other being Richard Dunn in 1976). Finally, Ali encountered a touch of technical difficulty as Mildenberger enjoyed some success. The durable German troubled Ali with straight left hands, particularly to the body, and The Greatest struggled to counter. That didn’t last. Ali quickly adapted and found an avenue for the right hand which began to land with ominous regularity. He dropped the challenger with that shot as the bell rang to end the fifth, he dropped him with it again in the tenth and landed it repeatedly prior to referee Teddy Waltham rescuing the bloody challenger in Round 12. In Thomas Hauser’s award-winning biography “Muhammad Ali – His Life and Times” it is revealed that Waltham was relieved of his earnings for officiating that night by a pickpocket. Upon hearing the news, Ali was disappointed and decided to help the Englishman, who was understandably distraught. Mickey Duff recalls, “(Ali) asked somebody how much a thousand pounds was in American money, went into his own pocket and gave it to Waltham”. This was the first Muhammad Ali bout that ABC Sports aired in color. 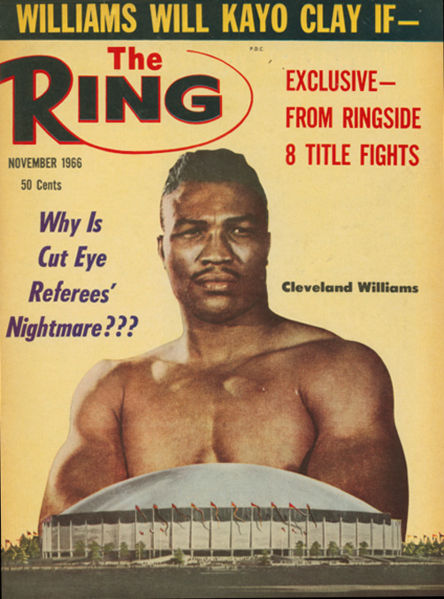 CLEVELAND WILLIAMS
Date: Nov. 14, 1966
Location: Houston, Tx.
Ali’s record: 26-0 (21 KOs)
Williams’s record: 65-5-1 (52 KOs)
Result: TKO3
Background: For many Ali aficionados, this was his Sistine Chapel. A fistic masterpiece where The Greatest displayed the full repertoire and took virtually nothing in return. You want proof? Compubox analysed the fight on video and came away with the following statistics: Ali landed 62 percent of his punches (46 of 74) while Williams connected only 10 times. For this reporter, no fighter, never mind heavyweight, has ever exhibited the art of boxing with such flair and finesse, while dishing out such brutality. After dancing, feinting and sticking out the jab in Round 1, Ali went into overdrive. He dropped Williams three times in the second, with each knockdown more conclusive and perfectly executed than the next. There were shuffles, body punches (a rarity) and combinations that are unheard of for a heavyweight fighter. Ali sat down on his shots in the third and literally smashed Williams to pieces, prompting referee Harry Kessler to halt the slaughter at 1:08. Ali was 212 pounds that night and if I needed someone to fight for my life against any other champion, current or former, bigger or smaller, this would be the man I would pick.

The Greatest at his Greatest. Rest in Peace Champion.