Lennox Lewis ‘honored’ to serve as pallbearer for The Greatest 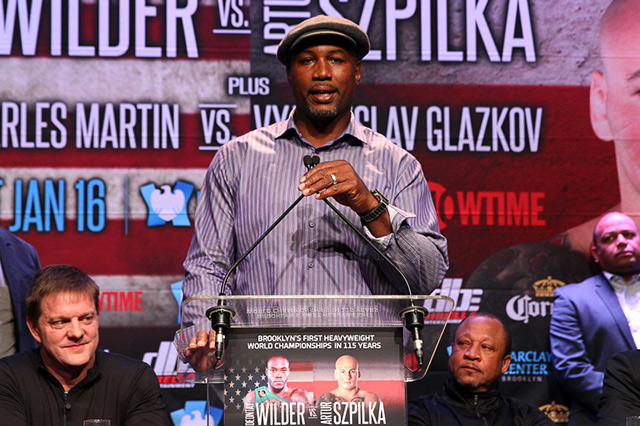 Former three-time heavyweight champion of the world Lennox Lewis has issued an emotional statement expressing his feelings at standing pallbearer for his predecessor, Muhammad Ali, at a memorial service in Louisville, Kentucky this Friday.

Lewis, who emulated his hero by claiming Olympic gold and reigning as undisputed heavyweight champion of the world, has looked up to The Greatest since he was a child and was a personal friend.

“I am humbled, and honored, beyond words to help see my hero, Muhammad Ali, off to his final resting place,” said Lewis in a statement. “Ali has always been an enormous inspiration to me, not only in my boxing career, but also in life. His journey began 74 years ago, and in that time, he not only transformed the world of sport, he used sport to transform the world.

“It’s my extreme pleasure, and complete honor, to be asked to help him complete the final steps of his life journey.”

Actor Will Smith will be another one of eight pallbearers, while Former president Bill Clinton, sportscaster Bryant Gumbel, and Ali’s wife, Lonnie, are booked to deliver eulogies at the service.