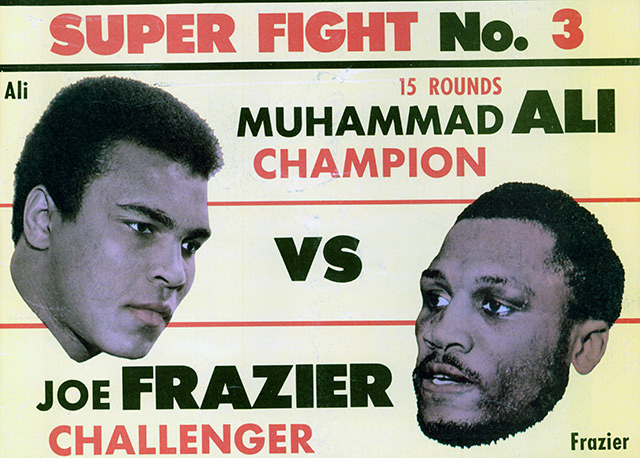 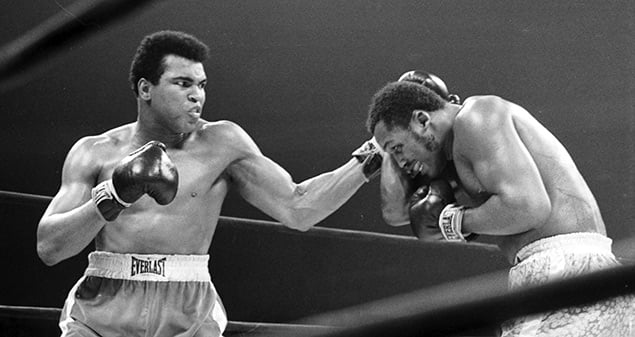 Muhammad Ali and Joe Frazier had their differences in and out of the ring, squabbling even into their old age.

But members of the the Ali and Frazier families appear to have forged a close bond in recent years and were even in contact over the past week through Ali’s death early Saturday morning, RingTV.com has learned.

In the days leading up to Ali’s passing, members of Ali’s family made a point to personally keep Frazier’s daughter Jacqueline Frazier-Lyde abreast of Ali’s condition, her husband, Peter Lyde Sr. told RingTV.com on Saturday.

Soon after Ali passed at 12:10 a.m. (ET) from a septic shock due to unspecified natural causes at a Phoenix-area hospital, Frazier-Lyde was again notified by an Ali family member in a touching show of camaraderie between the two legendaries families, Lyde said. Bob Gunnell, a spokesman for the Ali family, confirmed to RingTV.com that a dialogue between the Ali and Frazier camps had taken place throughout the week.

Lyde said it shouldn’t be surprising the families were in contact this week despite the intense rivalry between Ali and Frazier. There is still a mutual respect between the two families, said Lyle, who described the phone conversations between the Ali relatives as “just a few” over the last several days — enough to stay up-to-date. Frazier-Lyde wasn’t immediately available for comment.

“There’s a connection there and there always will be in history forever,” Lyde said. “And that will never change. The families will be connected forever. There’s a lot of memories.” Frazier-Lyde and Lyde Sr. plan to attend Ali’s funeral next Friday in Louisville, Kentucky. “Yes we do,” said Lyde, who lives in Philly and has been married to Frazier-Lyde for 28 years.

Frazier-Lyde is close with Laila Ali’s half-sister, Khaliah Ali, who also lives in Philly, Lyde said. In fact, when Khaliah Ali was married five or six years ago, Lyde said it was Frazier-Lyde, a Municipal Court judge in Pennsylvania, who did the honors.

When Joe Frazier’s grandson, Peter Lyde Jr., was shot and killed in 2009 working a security job, Lyde said it was Khaliah who reached out to comfort them. At the same time, Muhammad Ali attended Joe Frazier’s funeral in 2011 after Frazier died of liver cancer. The two families also intersected when Frazier-Lyde and Ali’s daughter, Laila Ali fought in 2001 in a match dubbed Ali-Frazier IV by the press. Khaliah could not be reached on Saturday.

“We always try to reach out and keep the families relative close and to pray for each other and care for each other because you can’t go down this road by yourself,” Lyde said. “(Khaliah) has been there for us in our time of need on a couple occasions. We lost our oldest son to gun violence a few years ago. A phone call came from them and Khaliah was there and Ali was there when my father-in-law passed.”

Ali and Frazier will forever be linked; the rivalry between them was both legendary and caustic: Ali won two of the three fights, including the grueling classic “Thrilla in Manila” in 1974 while Frazier won the “Fight of the Century” in 1971.

The shared physical pain should have made them fishing buddies for life. Instead, it seemed to do the opposite. Ali referred to Frazier as a gorilla and his black supporters as Uncle Toms. Frazier, upon seeing Ali light the Olympic flame at the 1996 Olympics in Atlanta, said he would have liked to have “pushed him in.”

The two reconciled somewhat over the years. Ali told The New York Times in 2001 he regretted calling Frazier names before their first fight. Frazier seemed to appreciate the gesture at first before rejecting it, saying Ali had not spoken to him personally. Ali responded by calling Frazier a gorilla again. But Lyde said there was mutual respect between the two bubbling underneath the public feuding that had more to do with ego than any real animus.

“You have to remember — these were two of the most egotistical men in America. In the world,” said Lyde, who can envision the two still bickering in the hereafter. “There’s one thing I can tell you right now — Muhammad Ali and Joe Frazier are at the pearly gates of heaven for God checking people in. ‘Can he get in? Is he okay?’ Okay champ, can he get in?'”

Mitch Abramson is a former reporter at the New York Daily News and can be reached at: @Mabramson13.