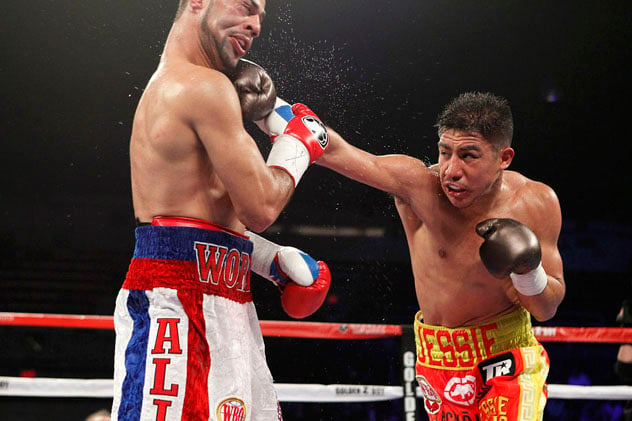 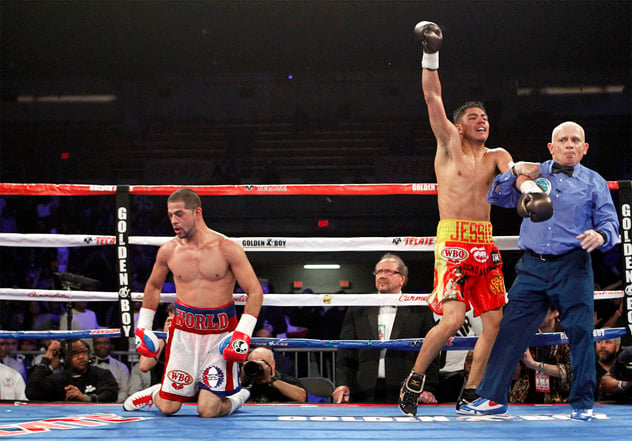 Jessie Vargas signed a contract earlier this week to fight Kell Brook in England in a welterweight unification match in either Aug. or Sept. And if there’s any mystery as to Vargas’ strategy for the fight, he made it clear to manager Cameron Dunkin his intentions: The fight can’t go the distance.

“He mentioned that a couple of times, that he has to go forward, he has to put pressure and he has to knock him out,” Dunkin told RingTV.com on Wednesday. “He wants to go and get a stoppage because that clarifies everything. That takes all the risk away. So he’s going to fight like there’s no tomorrow.”

The bout is scheduled to take place at the 32,702-seat soccer stadium Bramall Lane in Brook’s hometown of Sheffield, England on either Aug. 27 or Sept. 3, Dunkin said. No American television network is on board as of yet. Brook, 30, has fought on Showtime in the past and Vargas, 27, has ties to HBO. Brook has finalized most of the details and appears close to signing. The fight is expected to be formally announced next week.

“We are just waiting on the release of football fixtures to determine the date,” Eddie Hearn of Matchroom Boxing, who handles Brook, said in an email to RingTV.com regarding when Brook will ink his contract. “All being well, I expect an announcement next week.” Vargas’ contract calls for neutral judges, and there is no rematch clause, Dunkin said. Vargas is due to make a career-high purse of $1.7 million.

Vargas (27-1, 10 knockouts) is adopting the same mindset he had when he traveled to Washington, D.C. on March 5 and stopped Sadam Ali in the ninth round to capture the vacant WBO welterweight title, according to Dunkin. Brook (36-0, 25 KOs) bagged the IBF 147-pound strap by winning a majority decision against Shawn Porter in 2014 in Carson, California.

“He’s going to fight like he did with Ali,” Dunkin said of the Las Vegas resident. “He had a concern over going to D.C. and he was ahead on all the cards, so he was fine. But again, he said I’m going there to knock Ali out. That’s what he did. He’s got to do the same thing here. He’s got to go and fight — not in a desperate manner — but in a real aggressive manner and I know he’ll do that.”

Dunkin has sent a number of fighters to England, such as former two-time champion Stevie Johnston, and says he’s never had a boxer lose. Brook is ranked No. 1 in RING’s welterweight ratings while Vargas is No. 8. “I’m not afraid of it,” Dunkin said of going overseas. “I know that we’ll be treated fairly. I think I’ve had seven fights there and I’ve never lost one. And I know this guy is a tough guy, but I believe in Jessie and I believe this is the right time for him.”