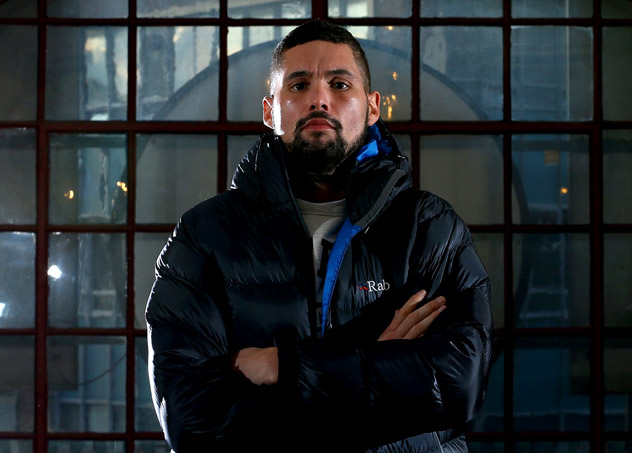 On Saturday, Tony Bellew and Ilunga Makabu both weighed in successfully for their eagerly anticipated clash for the vacant WBC cruiserweight title, which takes place at Goodison Park soccer stadium in Liverpool, England, tomorrow.

Bellew, who is rated No. 9 by THE RING at cruiserweight, looked solid at 199.1 pounds and was cheered wildly by a raucous home support. This will be the Englishman’s first attempt at a cruiserweight world title after falling short twice at 175 pounds, against Nathan Cleverly and Adonis Stevenson.

Makabu, cut and trim, weighed in with room to spare at 196.5 pounds but that is nothing unusual. Short in stature, he was 193 for his most recent outing and rarely touches the 200 pound mark. The visitor, who is rated No. 5 by THE RING at cruiserweight, looked extremely relaxed in the face of a very hostile reception.

Bellew is an underdog to prevail on home soil but there are several experts who believe that this will be third time lucky for the fiery 33-year-old.