After 12 years, Michele Di Rocco gets his big opportunity 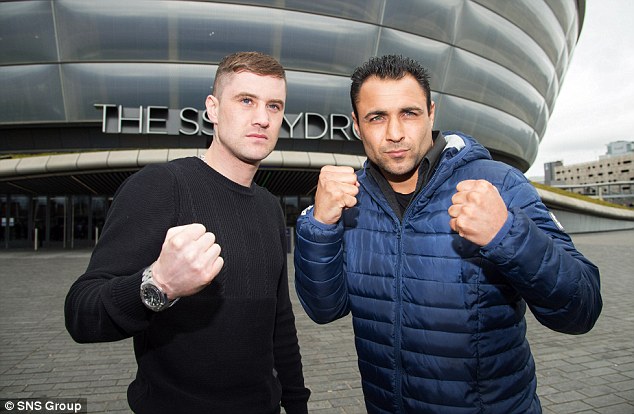 27
May
by Coyote Duran

Michele Di Rocco goes into the lions den on Saturday evening when he faces Ricky Burns at the SSE Hydro, Glasgow, Scotland for the vacant WBA junior welterweight title live on Sky Sports 1 at 8:00 p.m.
Di Rocco (40-1-1, 18 knockouts), a 12-year veteran and former European champion, is keen to make the most of his opportunity.

“I will fight in Scotland after a long and challenging preparation, finally having my chance (to fight for a world title) after a long career,” Di Rocco told RingTV.com through Italian Boxing correspondent Marco Bratusch. “I think Burns represents right now the best option possible for a world championship fight. I feel very confident.

“He’s a tough guy and a durable fighter; he can take punches. He’s always suitably prepared and gets a lot of experience. However he doesn’t punch very hard, especially now that he’s fighting at 140 pounds, and it seems to me that his skill set is pretty basic. I’ll try to reply, hitting him accurately every time he throws a punch. I will really have to be a “surgeon” going into this fight, no wasting energy missing.
“I know I’ll make a great performance and my goal is to win inside the distance to not leave it in the judges’ hands.”
The recently turned 34-year-old is scheduled to arrive in Scotland on Wednesday ahead of the final press conference and will be fighting away from home for the third time. Previously, he’s won decisions in Finland and Spain and is unperturbed about traveling to face the former two-division titlist Burns (39-5-1, 13 KOs).
“I’ve been fighting abroad for years during my amateur career, so I really don’t have problems going to Glasgow,” he explained. “As a matter of facts, I could feel more relaxed in this situation than having my fans pushing for me at home. It will make me more focused and less emotional, I’d say. I’ve fought against European challenger Ruben Nieto in front of 5,000 Spanish fans and I had no problems. I know I’ll be forced to show my strong character on May 28.”
Di Rocco, who hails from Assisi in the Umbria region of central Italy, represented his country at the 2004 Olympics, losing at the quarterfinal stage. He turned pro later that year.
“I wish this chance would (have arrived) sooner than now,” he lamented. “Here in Italy, boxing goes way slower compared with other countries like USA, Mexico or United Kingdom. On the other hand, I now consider myself enough mature and I can perform at my best level. My experience will fight at my side.”
Although “The King” is of gypsy descent, he has tried to change public opinion by portraying himself as a clean, kind, dedicated athlete and family man and is married with three children.
He comes from a boxing family, his cousins are former middleweight title challenger Domenico Spada and Italian national champion Pasquale Di Silvio.
He hopes to become the first Italian boxer to win a portion of the junior welterweight title since the late Giovanni Parisi in the 90s.
Di Rocco spent 10 weeks in a training camp in Milan at the OPI gym with his trainer Franco Cherchi and a strength-and-conditioning coach. He’s sparred several young pros from all over Italy including Renato De Donato and Samuele Esposito.
Questions and/or comments can be sent to Anson at [email protected] and you can follow him at www.twitter.com/AnsonWainwright