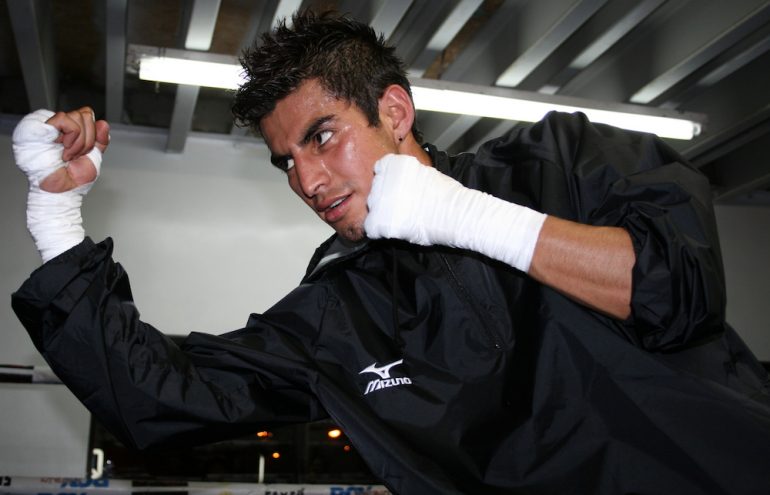 13
May
by Coyote Duran 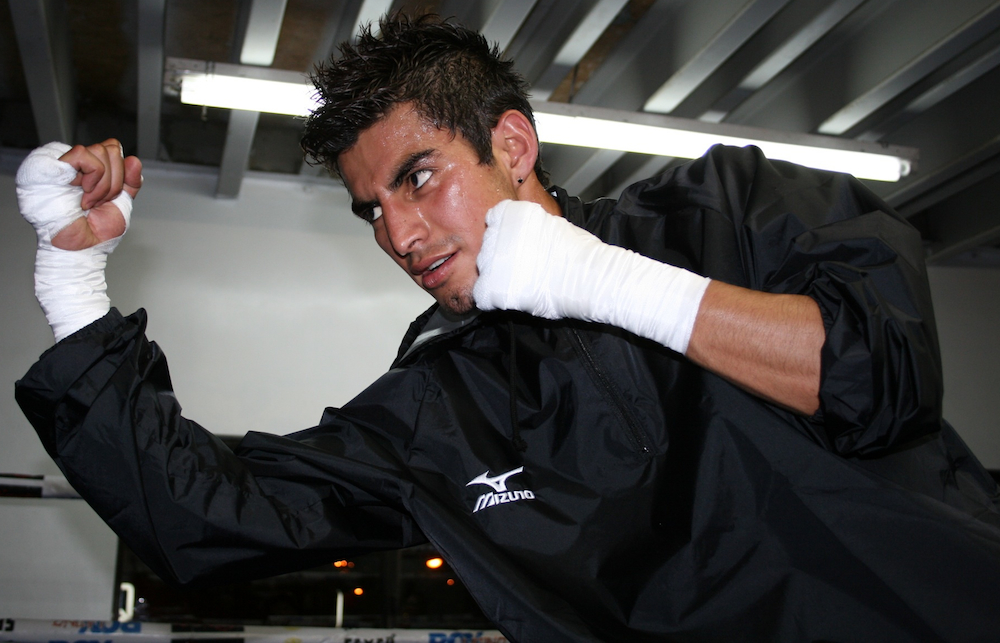 On Saturday, Ivan Morales bids to leave the considerable shadow of older brother Erik by becoming a world titlist in his own right when he faces IBF bantamweight beltholder Lee Haskins. The bout takes place at the newly-built Ice House, Cardiff, Wales, live on Channel 5 at 10:00 p.m.

Morales (29-1, 17 knockouts) left his training base at altitude in Toluca, just outside Mexico City, and flew via Amsterdam to Cardiff and arrived in the Welsh capital on Monday.

Since then, he’s acclimated to the six-hour time difference and allayed any concern Haskins may have that, like Randy Caballero last November, Morales may struggle to make the bantamweight limit by weighing a few ounces over the 118-pound limit on Wednesday.

The 24-year-old from Tijuana was respectful when asked his thoughts on facing the British fighter.

“I believe he definitely has a lot of abilities,” Morales told RingTV.com through Robert Diaz of Golden Boy Promotions. “He’s a talented fighter, very defensive, boxes very well but my plan is to pressure him with intelligence and continue the pressure.”

He concedes that home advantage is important but also believes that may play into his hands when asked what potential weaknesses he sees in the reigning titleholder: “Maybe a little arrogant and overconfident.”

Morales prepared for three months in Toluca and has known about facing Haskins (32-3, 14 KOs) for two months.

“When you do a good strong camp, you have confidence; you’re motivated and you feel very relaxed and tranquil.” Morales said.

Although growing up the younger brother of Erik and Diego (the latter having held the WBO junior bantamweight title in 1999) had its benefits, he didn’t have to endure their respective hardships.

“I really never had it that tough there because of the people I circled myself with,” he explained. “It was always tranquil; it was always peaceful. They protected me from that.

“Plus when you grow up in the neighborhood from the barrios, people know you and they respect you. They probably know the name; don’t mess with me because it could get ‘Terrible’! (Laughs)”

Golden Boy matchmaker Robert Diaz made the journey just a few days after the Canelo Alvarez-Amir Khan fight to represent the company.

“Ivan’s record speaks for itself; he’s 29-1 for a reason,” Diaz said. “He’s very dedicated. To go to Toluca, away from his friends and family, shows a reason he’s here today. He’s not just trying to carry the name; he’s trying to do his own history. I’ve always been close to him because he’s a charismatic, likable kid that has a lot of talent and I’m hoping, on Saturday night, he puts it together because (the Moraleses will) be the first trio (of brothers) in Mexico to become world champions.”