David Lemieux knocks out Glen Tapia in the fourth round 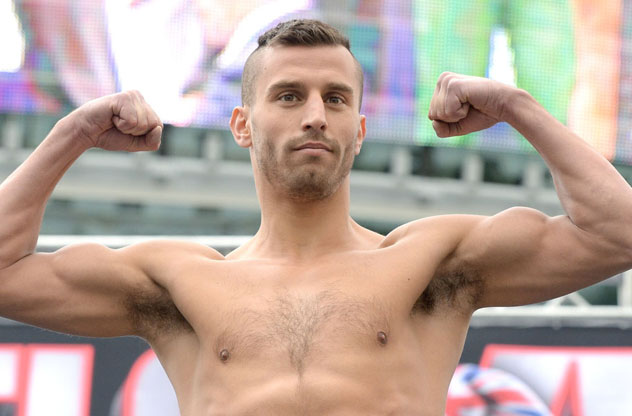 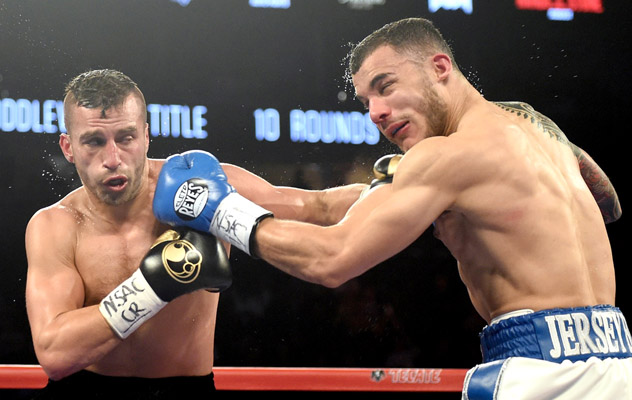 LAS VEGAS – David Lemieux on Saturday bounced back from his knockout loss to Gennady Golovkin, stopping Glen Tapia 56 seconds into the fourth round of a scheduled 10-round middleweight bout on the Canelo Alvarez-Amir Khan card at T-Mobile Arena.

Lemieux (35-3, 32 knockouts) put Tapia (23-3, 15 KOs) down with a left hook and a grazing right to the side of the head. Tapia got up but his corner had seen enough, signaling to the ref that they wanted the fight to end.

Tapia, known for his toughness, had never been down in his career but was coming off a stoppage loss to Michel Soro in his most recent fight, in May of last year.

Until the time of the stoppage, the more energetic Lemieux was firmly in control and the end result looked inevitable.

A disappointed Tapia said in his post-fight interview that he’d felt slow and “lazy” during the fight, but had he known that his corner was so close to throwing in the towel he would’ve tried for a knockout. “I f—ed up,” he said.

“I’ll be back,” said Tapia. “This wasn’t my day at all. He got me from the first round. I kept thinking that id get started but I never did. I’m ready to come back. I took a big chance and it didn’t go my way but I’m not done yet.”

“He was getting hit too much,” said Tapia’s trainer, Freddie Roach. “He wasn’t doing what we planned to do and when I saw him go down, I knew what I had to do to protect my fighter. He was taking too many punches.”

Lemieux was stopped by Golovkin in the eighth round last October.

“This victory means the world to me,” said David Lemieux. “It proves all the doubters that Lemieux is back. ÔÇª I knew after the first round that I would knock him out. I’m ready to be among the best in the middleweight division and become a world champion again.”