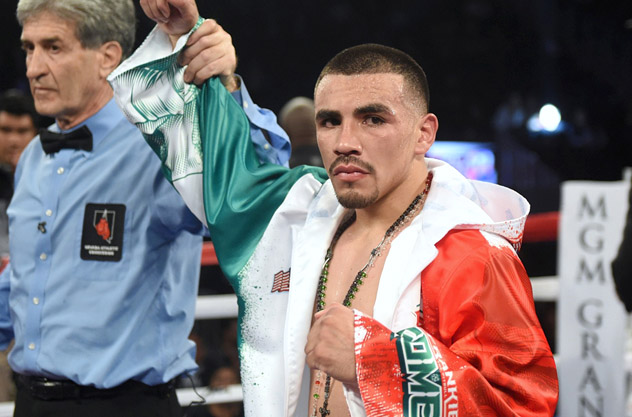 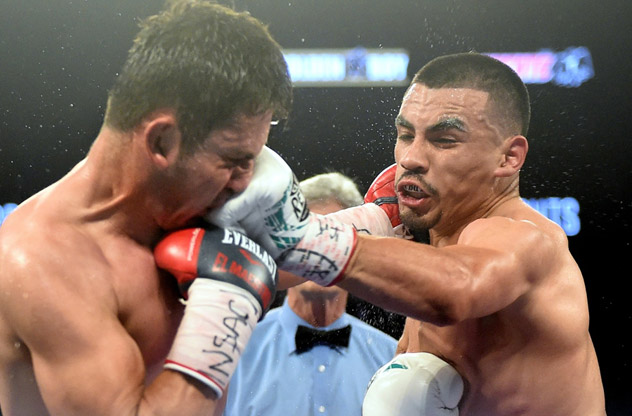 LAS VEGAS – Frankie Gomez defeated Mauricio Herrera by a shutout decision in a 10-round welterweight fight on the Canelo Alvarez-Amir Khan card Saturday at the new T-Mobile Arena.

Gomez (21-0, 13 knockouts) fought with controlled aggression from beginning to end, picking his shots but landing them hard while taking relatively few punches himself. The battered face of Herrera (22-6, 7 KOs) was evidence of that.

“It feels good to get this victory,” said Gomez. “I trained really hard and it paid off. I’m ready to take on my next challenge and take on the best at 140. I want to thank my fans, and I’m glad I was able to put on a good show for them.”

Herrera was game throughout and was never hurt seriously. He simply took much more punishment than he dished out against a better, stronger opponent.

“It wasn’t my night,” said Herrera. “I never give up and my fans know that. I hope to be back in Vegas soon because I’ll go anywhere for a fight.”

Gomez has long been touted for his talent but had never produced against a respected opponent on a big stage until Saturday night.