Kermit Cintron to return on May 6 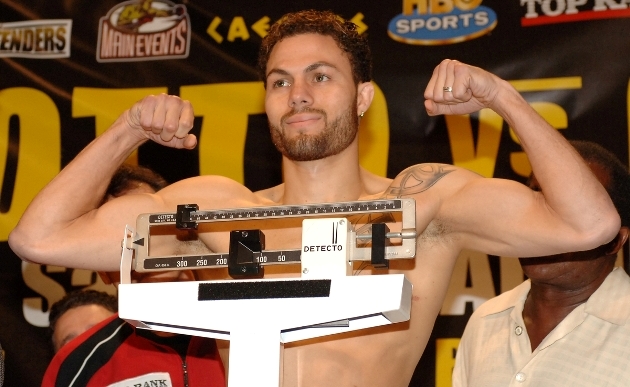 04
May
by Coyote Duran

He may be pushing 37 years of age but Kermit Cintron believes he still has another run left toward a big money fight or an opportunity at a world title.

Cintron will end a two-year hiatus from the ring Friday night when he faces veteran Eduardo Flores in a six-round junior middleweight bout.

The fight will be part of a Kings Promotions card, taking place at the 2300 Arena in Philadelphia, Pennsylvania.

Cintron (35-5-2, 28 knockouts) has not fought since March of 2014. In that fight, Cintron grinded out a 10-round unanimous decision win over Ronald Cruz. He is unbeaten in his last three bouts since he was stopped in the fifth round at the hands of then-WBC junior middleweight titlist Canelo Alvarez in Nov. of 2011.

Cintron is looking to ultimately compete in the competitive welterweight division.

In the main event, super middleweight Christopher Brooker, who has won his last five bouts, faces Antowyan Aikens in an eight-round bout.

Francisco A. Salazar has written for RingTV since Oct. of 2013 and has covered boxing in Southern California and abroad since 2000. Francisco also covers boxing for the Ventura County (California) Star newspaper, RingTV and Knockout Nation. He can be reached by email at [email protected] or on Twitter at FSalazarBoxing.