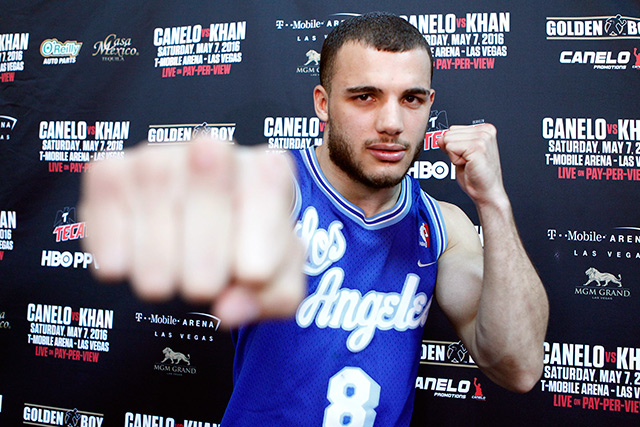 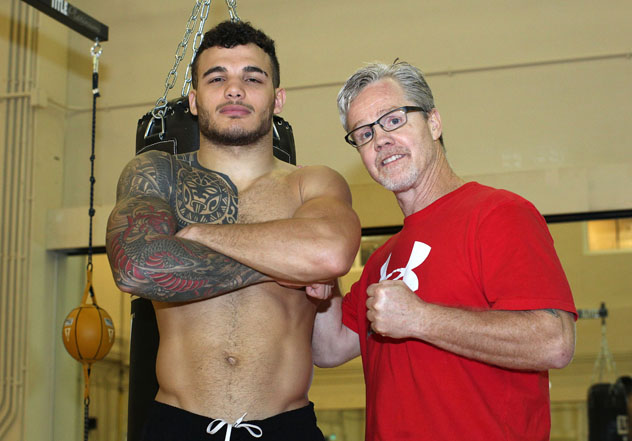 With a new promoter behind him and an unknown venture ahead of him, Glen Tapia believes he has turned a new leaf as his May 7 clash with David Lemieux approaches.

“It’s really new beginning, I feel like this a new Glen Tapia,” said the 26-year-old New Jersey native following a media workout held at the City of Angels Gym in Los Angeles, California, 11 days before his chief supporting bout on the Canelo Alvarez-Amir Khan HBO pay-per-view event in Las Vegas.

Perhaps the “Jersey Boy” feels he’s changed enough about himself to give his first answer in third person. It was in response to signing a deal with Golden Boy Promotions this past March, and alongside moving up from junior middleweight to the middleweight division, Tapia sees a difference as he turns a page.

“I’m not killing myself to go down in weight, so I feel amazing right now. I feel so good, and this is just a new chapter in Glen Tapia’s career.”

The past year hasn’t been easy for Tapia (23-2, 15 knockouts). In the wake of his last fight, a knockout defeat against French contender Michel Soro last May, the former 154-pound prospect was forced to wrack his brain about what could possibly happen to his career as he waited for an opponent. 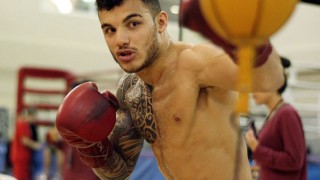 “It was hard going through these nine months of training hard in the gym, and nobody is giving me a fight,” Tapia said about the layoff. “I start thinking about other people’s careers. I’ve seen champions becoming nobodies, I’ve seen champions have to get a normal job and that’s it, they just left. I’m like, wow, is that gonna happen to me? You start thinking of all these things, and it’s really heart-breaking sometimes. I got a daughter, a family to feed – I didn’t get a check for a year, so I’m like, wow, what the hell? It was really hard. I went through a lot.”

Tapia admits there were good fights offered to him with solid purses attached, but most were as little as two weeks away from the fight date, and along with his manager Pat Lynch, they decided to look at the big picture, and not be caught off guard. His agreement to face Lemieux came alongside his new promotional deal, and the opportunity arrived just a day after being released by Top Rank Promotions, who took him under their wing when he was 19 years old.

The loss to Soro was a big opportunity, as it was an elimination bout for the IBF junior middleweight title, but the way it happened served as a reminder of the dangerous cliff Tapia toes when he steps in the ring. After getting hurt by a right hand, Tapia refused to take a knee even though it seemed like his body wanted him to. After an accumulation of more clean shots from Soro, Tapia was beat up in the few seconds before the referee waved off the bout, and in the moment prompted a flashback to the most memorable fight of his career back in 2013.

Some may say the ramifications Tapia endured in that fight with James Kirkland can still be the blame to his recent decline. Televised on HBO’s “Boxing After Dark,” his debut on the network was certainly one to remember for boxing fans stimulated by a war of attrition, but it ultimately had an uncomfortable undertone as the punishment Tapia received worsened. 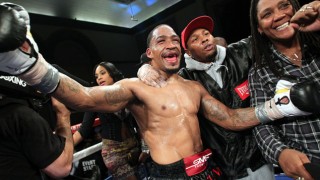 Undefeated at the time, Tapia let his hands go once the opening bell sounded, and while he started off with some success, he immediately played into Kirkland’s game. The two traded bombs for three rounds straight up until Tapia tapered off and endured a one-sided beating up until the stoppage early in the sixth. A final left hook from Kirkland finally knocked Tapia out on his feet, and it came while referee Steve Smoger was trying to stop the fight. Tapia was clearly damaged has he slumped against the ropes, and the look on Smoger’s face has he embraced Tapia’s limp body, told the story to the fight’s overall brutality. Kirkland landed an astonishing 287 power shots at a 50-percent clip according to CompuBox, and while Tapia showed tremendous courage, one can’t help but glare over at his corner when it comes to the safety of their fighter.

Tapia ultimately ended up with famed trainer Freddie Roach in his corner just months after that fight, and his time spent in the Wild Card Gym since has slowly changed his prerogative in the ring.

“Freddie has been telling me the whole time, it kind of gets annoying, but he tells me all the time, ‘fight with your head more than your heart – you’re always fighting with your heart, you’re always trying to get in these wars.’ It was kind of tough because I’m a tough guy at heart, but I’ve learned so much,” said Tapia. 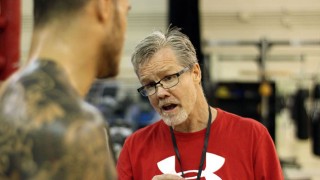 Adding more on the help of his coach, Tapia said about Roach, “He’s a really smart guy. People don’t understand that he’s in the gym everyday with us, and he’s telling you things while you’re doing the pads, while you’re hitting the bag, while you’re shadowboxing, he’s telling you little things. I’ve never got that type of knowledge before, and so it’s great to get it from one of the best trainers. People don’t understand how he’s really hands on with every fighter.”

Like Tapia, Lemieux (34-3, 31 KOs) goes into their clash coming off a knockout loss.

“He comes out there and tries to knock you out,” Tapia opined about what he expects to see from Lemieux. “There’s really nothing different. He’s not gonna switch up out of nowhere now. He’s been successful with all the other fights, why we would he come into this one and start boxing? I don’t expect that, I see that he’s going to go in there and try and knock you out, and I know what I can bring to the table to defeat that.”

“I didn’t really look too much in the Golovkin fight cause that’s Golovkin. He (Lemieux) didn’t fight to his full potential with Golovkin because he’s really good,” Tapia conceded. “I looked at the ones that he won, and I saw the flaws that he does have in there when he won those fights. I see what I can bring to the table that can be really effective against him.

“I hope so, that’s my plan,” said Tapia about the possibility of their overshadowing the main event. “I’m not trying to steal the show where it went back and forth, I’m trying to be 100-percent winning. I know I could do that, I can become that star, and this is the best card to go on with all these Mexican people. Mexican people love me because of my heart. They see that I fight and I will never quit. I fought hard, and it no matter what happens, they see that I will never quit. I leave it all on the line.

Until Tapia proves that he can fundamentally change his brawling style, the general consensus is that this 10-rounder is poised to be a good fight with Lemieux’s unabashed quest for a knockout every time he steps in the ring. With it being the lead-in bout to Canelo-Khan, Tapia also realizes the stage upon which his opportunity is set, can heighten his status.

“To have something like this come up, this is amazing. This is a really big thing and I can’t wait to prove everybody wrong, because I know everybody is doubting me right now.”

The argument of those doubters is that Tapia is a broken fighter, and even for those without that suspicion, everyone is well aware that Tapia’s warrior-like mentality can make him too tough for his own good. This fight will answer the question of if Tapia has successfully reconstructed his psyche in the ring, but when it comes to what inspires him in the heat of a fight, he referred back to his instinctual attitude of what he wants out of the fight game.

“My goal in the beginning was that I want to be more than a champion,” he said. “I want to be a legend. I want to die a legend. That’s still my goal now, and I feel like it’s going to come to life. I don’t care what anyone says, I believe in myself. I know what I can bring to the table. I know that I can to do this, and I belong here.”