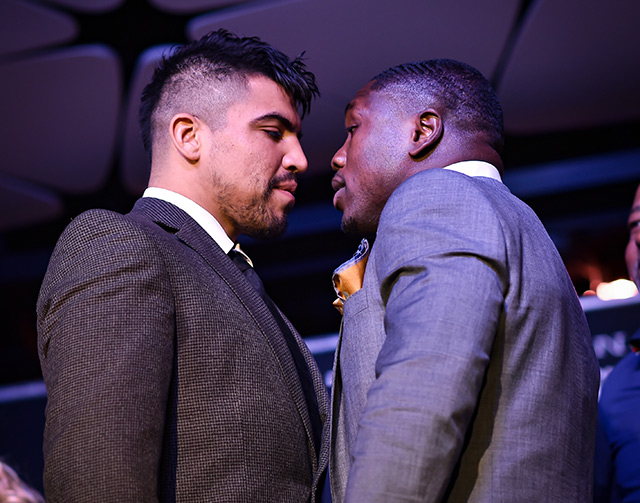 Williams (20-1, 14 knockouts), a 28-year-old southpaw from Ft. Washington, Maryland, rocked Rodriguez three times in the opening round of the Fox-televised bout, twice with flush right hooks, once with an overhand left.

In Round 2, Rodriguez (28-2, 19 KOs), whose only loss was a unanimous decision to then-RING/WBA/WBC super middleweight champ Andre Ward in 2013, backed Williams to the ropes, stunning the southpaw with right hands. However, Williams rocked the 30-year-old Worcester, Massachusetts resident whiled on the ropes. Rodriguez continued to match forward and encourage Williams to hit him when he was caught with a monstrous hook that dropped him flat on his back.

Rodriguez somehow beat the count of referee Wayne Hedgepeth but the fight was waved off at the bell.