Gilberto Ramirez to return on July 23 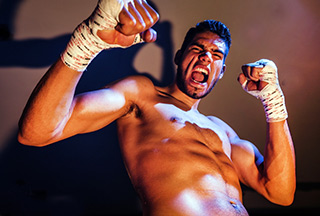 Gilberto Ramirez made history on April 9, when he became the first fighter of Mexican descent to win a super middleweight title. He will make history again when he defends the title for the first time.

The likely opponent for Ramirez will be Isaac Ekpo, this according to a tweet sent out by RingTV’s Mitch Abramson on Tuesday morning.

Ramirez’s voluntary defense will be on the televised undercard of an HBO Pay-Per-View broadcast headlined by the junior welterweight title unification bout between WBO titlist Terence Crawford and WBC beltholder Viktor Postol.

Ramirez (34-0, 24 knockouts), who resides in the boxing hotbed of Mazatlan, Sinaloa, Mexico, won the WBO title in a landslide unanimous decision over Arthur Abraham on the undercard of the Manny Pacquiao-Timothy Bradley rubber match earlier this month in Las Vegas.

Ekpo (28-2, 21 KOs), who hails from Abuja, Nigeria, has won his last six bouts in a row since a one-sided defeat to then WBO titleholder Robert Stieglitz in Oct. of 2013.

Word is unbeaten featherweight Oscar Valdez will also fight on the broadcast, although no opponent has been finalized.

Francisco A. Salazar has written for RingTV since Oct. of 2013 and has covered boxing in Southern California and abroad since 2000. Francisco also covers boxing for the Ventura County (California) Star newspaper, BoxingScene.com and Knockout Nation. He can be reached by email at [email protected] or on Twitter at FSalazarBoxing.