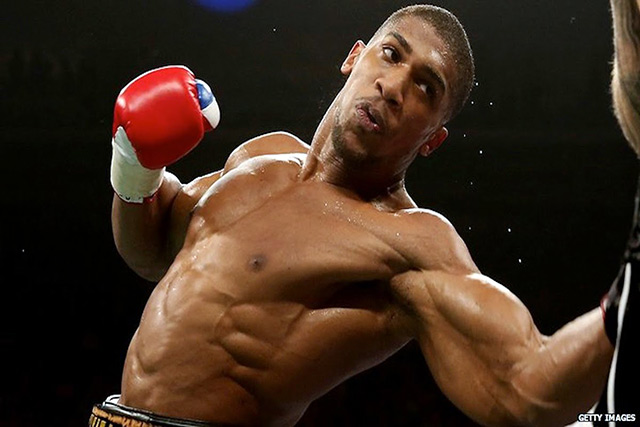 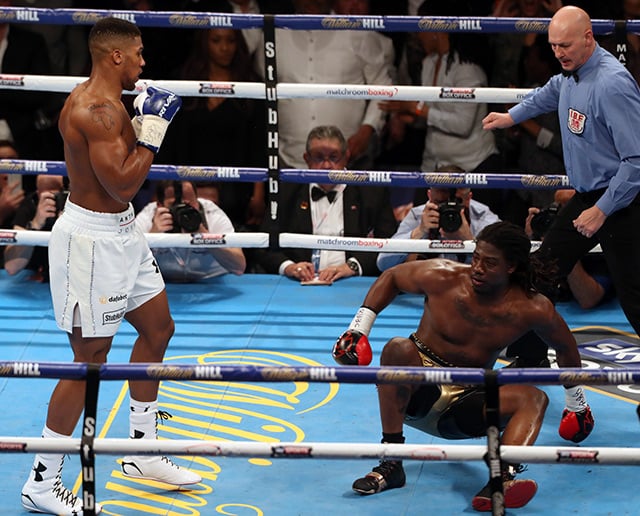 To paraphrase hip-hop duo Cannibal Ox, tonight was the night when we’d learn, once and for all, whether Anthony Joshua was the real McCoy or a wind-up toy. And, in demolishing IBF world heavyweight champion ‘Prince’ Charles Martin inside two rounds, we now know.

“I’m only a quarter of the way there,” said Joshua, referring to the fact that, in winning the IBF title, he owns just 25 percent of the heavyweight prize. “I am not going to get too carried away because there is a lot of work still to be done.

It’s true, Anthony Joshua, well-groomed almost to a fault, seems the only person in Britain who isn’t getting carried away with the limitless potential of Anthony Joshua. Certainly, the full house at London’s O2 Arena, on hand to see him crowned champion, have fallen head over heels for the personable Londoner. They chant his name. They believe him to be invincible, a real-life Hulk. They snap up tickets to his fights within seconds of them going on sale. 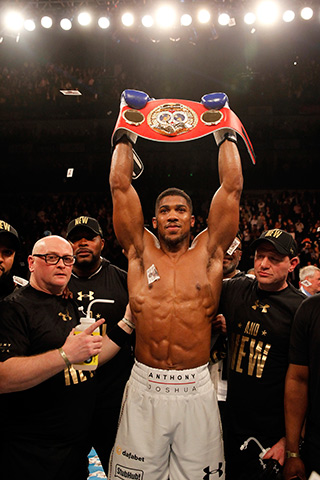 This one was no different. Nor, despite the step up in class, was the end result.

Charles Martin’s reign as a world heavyweight champion will no doubt stand as a damning indictment of the current era and, indeed, boxing’s issue with the proliferation of world titles, but, that aside, he entered this evening’s bout, his first defense, with an undefeated record and 21 knockouts from 23 wins. He was also a southpaw – the first southpaw Joshua had faced as a professional, in fact – and, for the past 10 weeks, had talked a great fight. There was ambition and conviction in his voice that previous Joshua opponents, Dillian Whyte aside, had noticeably lacked. He was backed by a swollen entourage. He called himself a “god.” All the signs, therefore, were positive; as a battle of young, hungry, powerful contenders, it was as appealing as any heavyweight matchup out there.

Yet, within seconds of it beginning, it was clear the edge in speed and power belonged to the extremely athletic Briton. Patient with it, musclebound Joshua sized Martin up, bullied him around the ring and occasionally launched right hands, either toward his head or mid-section, the sounds of which were audible to all at ringside, the force of which moved Martin backward.

The “Prince” was, by all accounts, a patient counterpuncher with a spiteful dig in his left hand and plenty of poise. It was hard to be certain of this, of course, as footage of his previous fights was mostly non-existent (emblematic of the level of competition, it has to be said), but he did show signs of composure in dealing with Joshua’s early onslaught and, toward the end of the first session, let go with a left cross of his own, just to remind Joshua, and the raucous British crowd, of his presence.

This pattern of Joshua hunting and Martin waiting – right hook cocked – continued into the second round, right up until the point when “AJ” abruptly uncorked a searing right cross on Martin’s chin and put him down for the first time in the fight.

The dazed champion watched the referee count, got to one knee and then rose at eight. Seconds later, though, he was down again, as a follow-up right hand penetrated his flimsy guard and had the same effect as the first.

Martin smiled. He sat on his behind, stared up at the referee and hauled himself upright. This time, however, despite seemingly beating the count, the referee saw no reason for Martin to continue. He stopped the mauling 92 seconds into Round 2.

“Every heavyweight has got power, but it is about speed and precision, locking in and staying focused,” said Joshua, 26. “A few months ago I was in here with Dillian Whyte having a great scrap – that was one for the fans, this was one for myself. I told you I was going to come out and punish him. I told you I would show him levels. This is the reward.”

Anthony Joshua might not be the number one heavyweight in the world. He might not even be the best heavyweight in Britain (that accolade currently belongs to RING heavyweight champion, Tyson Fury). But, with 16 knockouts from 16 wins, and an IBF title to his name, he has been maneuvered remarkably well since turning professional in October 2013 and can now be considered, arguably, the division’s most marketable commodity.

Consequently, many heavyweights, in Britain and elsewhere, will be quick to shout Anthony Joshua’s name in the coming weeks. They will declare their desperate desire to share a ring with him. They will, like poor Charles Martin, entice those who listen with tall tales and say they see something in Joshua that they and only they can exploit. Let it be know, though, that the only thing most heavyweights truly see in the new IBF world heavyweight champion is a quick (albeit painful) way to make money. They see summer dates at a soccer stadium. They see big box office. They see the relative upside of being a sacrificial lamb.

Forget the hyperbolic headlines, Anthony Joshua didn’t become the heavyweight champion of the world tonight in London. That can wait. What he did do, however, is perhaps even more important at this stage; he proved, beyond any doubt, he is for real.