Mikey Garcia has been given his release from promoter Top Rank 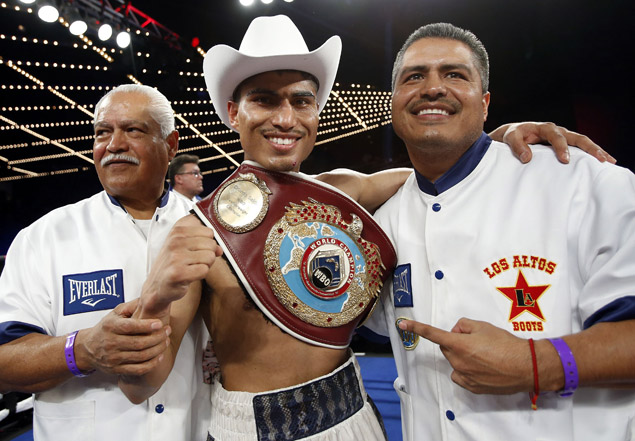 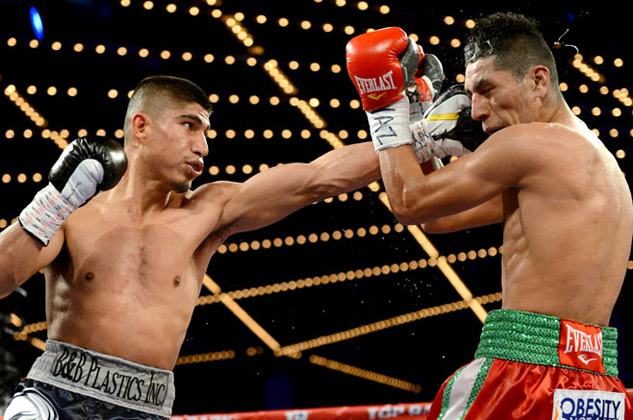 One of the more talented fighters in recent years is about to become a promotional free agent.

The former two-division champion, Mikey Garcia will be granted his release from his contract with Top Rank after a protracted legal battle, promoter Bob Arum said on Thursday. Arum broke the news to podcast host Michelle Rosado during an episode of “The Morning Punch-In Show with RB & Jae” while in Las Vegas promoting Manny Pacquiao’s third fight with Timothy Bradley at the MGM Grand on Saturday.

Top Rank VP Carl Moretti later told RingTV.com that Garcia and Top Rank reached an undisclosed settlement that would allow Garcia (34-0, 28 knockouts) to walk away and become a promotional free agent. Garcia filed a lawsuit against Top Rank in April of 2014, alleging his contract with the company was illegal and that Top Rank’s treatment of him violated the Muhammad Ali Act.

“We’ve given Mikey his release, and he’s free to do what he wants,” Arum told Rosado toward the end of their segment. “Other promoters made runs at him. Well, managers, promoters,” Arum added. “That screwed him up. And yeah, we didn’t offer him the (Terence) Crawford fight because he wanted more money than Crawford and Crawford is the champion. That means something.”

Garcia has stated that Top Rank hasn’t offered him a fight in two years, though Top Rank disputes this characterization of their relationship. Arum has said that Garcia, who once was on the path to securing a fight with Manny Pacquiao, was asking for too much money to fight. Garcia last fought in Jan. of 2014 when he won a wide decision against Juan Carlos Burgos at Madison Square Garden.

“(Arum has) never offered a fight in the last two years,” Garcia told Esnewsreporting.com in a video interview last month. “There has never been an offer, any proposal for me to fight in two years. He might have people telling him the wrong things, and he believes it and feels that their company is doing everything needed to fulfill their duties as a promoter and that I’m just pricing myself out, or I’m just not accepting to fight and just rejecting offers. The truth is I haven’t been offered a single fight.”