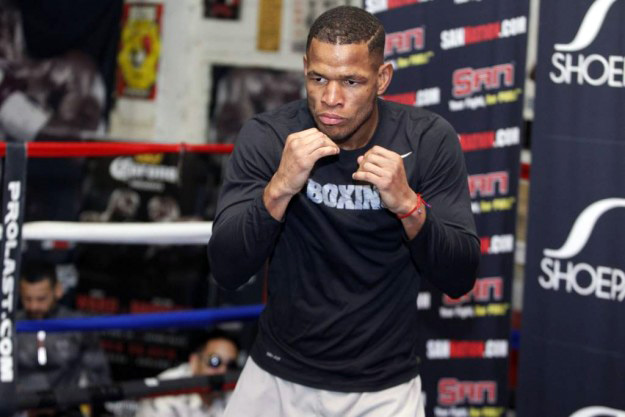 Word on the street is that Cuban compadres are on the outs and one of them is looking to get at the other.

What’s this all about, I asked Barrera, a Main Events fighter?

“He is a friend of mine from the national team and my family raised him like he was my brother…but I found out he did not support me when I fought Ward,” the light heavyweight Barrera told me. “He instead supported Ward, so I was angry. We Cubans have the best boxing; we are very little people and the world is bigger. We are just only a couple of boxers and if we don’t support each other, it is bad for us. I understand this is business, so I say I come to 165 to fight you. (Lara) said he’d move up to fight my team member, (IBF/WBA middleweight titleholder) Gennady Golovkin. Why not move to fight me at 165?”

Is this something 154-pound ace Lara, an Al Haymon fighter, would do?

I asked Lara manager Luis DeCubas. “You saw what Andre Ward just did to Barrera? Well it, would be a repeat. There’s A-level and there’s B-level, no matter what weight. But who we really want is (Barrera’s) stablemate “GGG.” At 160. Now that’s intriguing!”

There could be something of a reset scramble now that word is out that RING middleweight champions Canelo Alvarez seemingly doesn’t think he will do a Golovkin face-off till perhaps next year. I asked GGG promoter Tom Loeffler about that and he made it clear he’s not thinking beyond the Kazakh’s April 23 tango. “We can’t speculate what other fighters are going to do; we can only follow what is mandated by the WBC but that mandate won’t matter if GGG doesn’t beat Dominic Wade. He and Abel Sanchez are completely focused on the fight with Wade, April 23, which is the IBF mandatory fight. GGG abides by his mandatory obligations as a champion.”

For Woodsy, there could be a reset scramble of his own to…wait, hold on…no, that was a three-meat scramble. Never forget, cats and chicks: Breakfast is indeed the most important meal of the day.