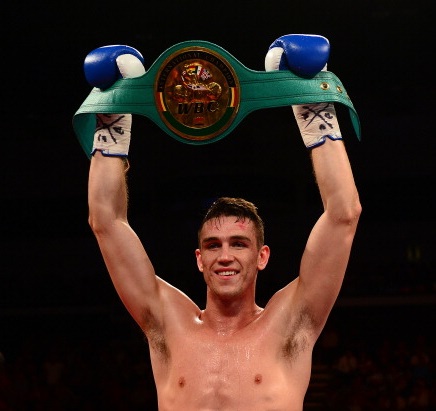 Smith, who is rated No. 8 by THE RING at 168 pounds, is the WBC’s No. 1 contender and seeks to square off against American titleholder Badou Jack, but Mohoumadi is a significant threat that must be respected.

“I think (Mohoumadi) will try to put it on me and it is my job to stop him from doing that,” said the unbeaten Smith in a press release issued by Matchroom Promotions. “If he does do that I’m always confident I can deal with it.

“Joe Gallagher has watched a lot more of him then I have. I have watched bits of his fights against James DeGale and Nikola Sjekloca. I think he is improved a lot since those fights; he has changed trainer, changed promoter and is on a good run of form.

Smith continued, “I have to expect the best possible version of him and I think even though he lost to DeGale, he gave James a tough night and he made him work for three minutes of every round. He looks heavy handed so I can’t afford to underestimate him and I will expect a tough night and I have trained that way.”

Tickets for April 2 are available from http://www.stubhub.co.uk/matchroom-boxing-tickets/ – StubHub is the official ticket partner and marketplace of Matchroom Boxing and Anthony Joshua.