With Broner’s attention elsewhere, Theophane’s eyes are on the prize 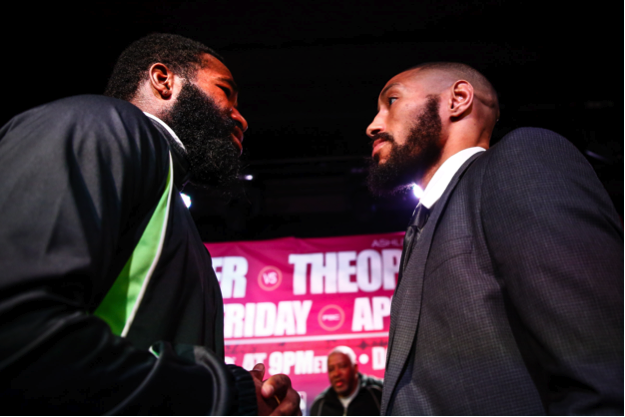 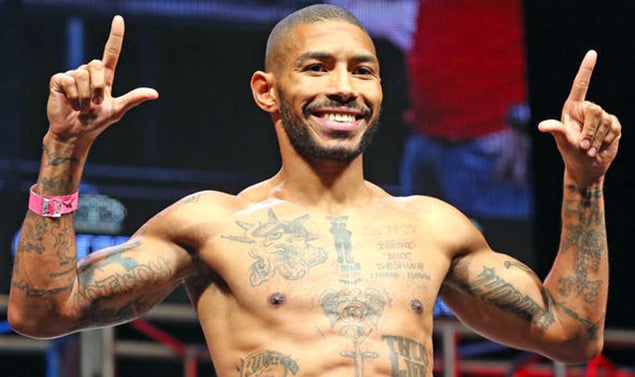 Ashley Theophane is caught in the crossfire.

With only days left before he gets his first crack at a major world title as he faces Adrien Broner for his WBA 140-pound title, the 35-year-old British boxer recognizes exactly what he is in the middle of.

For months, there has been a sibling rivalry of sorts between faux “brothers” Broner and Floyd Mayweather Jr. The verbal jabs have been coming at a rapid pace, which led to Mayweather putting one of his soldiers on the front line to shut the loudmouthed Broner up. And Theophane just so happens to be that guy.

“It’s personal to him, but not for me,” Theophane (39-6-1, 11 knockouts) told RingTV.com about being the foot soldier in The Money Team’s war of words with Broner. “This is about my dream coming true. I don’t really care about him. He’s a great fighter but I don’t know him as a man. I don’t watch his YouTube videos. I don’t know what he does outside of the ring. I don’t care what he says because I know he’s trying to get to me.”

To Broner, Theophane is simply a roadblock. Although Mayweather is retired, it appears that Broner (31-2, 23 KOs) believes he can coax boxing’s former pound-for-pound king out of retirement if he pushes him hard enough. Although it’s not likely, Broner has said many times that he’d love to face his fictional “big brother.” If not for the windfall of money that comes with facing Mayweather, then for bragging rights. But when Mayweather placed Theophane in front of Broner, the controversial fighter simply cast him aside as if it was a foregone conclusion who would win on April 1.

“He can talk as much as he wants,” Theophane said. “He said he will stop me within four rounds so I’m looking forward to seeing that because I’m not going anywhere.”

Although he is an underdog, Theophane is not one to be run over by anyone. He has yet to be stopped in his professional career. Not even the heavy-handed Danny Garcia could put him away as Theophane battled him to a split-decision loss. And if Garcia couldn’t get rid of him, what makes Broner think that he can?

“He hasn’t really stopped anyone and hasn’t looked great since he moved up in weight,” Theophane said. Aside from stopping the overmatched Khabib Allakhverdiev in the final round of his last fight, Broner hasn’t knocked out a single opponent above the 135-pound weight limit since beginning his campaign there back in 2013. If you ask Theophane, Broner hasn’t really improved much at all.

“I think he has his same style and the same team and is set in the same routine,” he said. “He says he’s going to takeover the sport and make a highlight reel out of me? He’s putting all of this pressure on himself because I am already expected to lose. But I’ve never been stopped. If Garcia couldn’t stop me, he can’t.”

Theophane will have to be active to beat Broner as Shawn Porter and Marcos Maidana used a heavy punch output to keep the pot shot artist at bay. And although he’s never been a power puncher, he believes that his gameplan will frustrate Broner over the course of the fight and bring the world title home to TMT.

“Floyd told me that I could beat Broner two and a half years ago,” he said. “And when you’re around the best fighter in the world, you have to improve so I’m glad I’m finally getting this opportunity to prove him right.”

As much as Broner talks, he better keep his eye on what’s in front of him because Theophane has nothing to lose on Saturday night. Can Broner say the same?