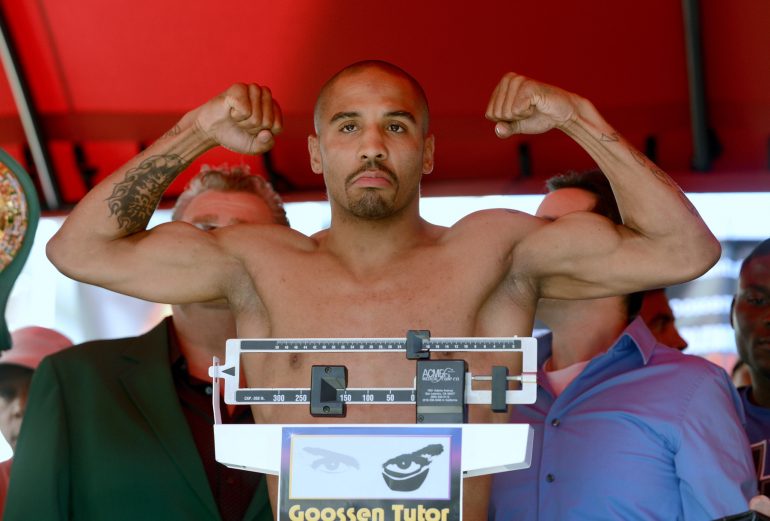 Andre Ward: The former super middleweight champ didn’t dazzle anyone with his performance against Sullivan Barrera on Saturday night in Oakland, as his unanimous-decision victory at 175 pounds seemed more workmanlike than spectacular. He was among the critics: He gave himself a “B-” after the fight. At the same time, I believe a fair assessment reveals a very good showing. First, even at his best, Ward rarely wowed the crowd. He has always been the type of fighter who dominates by neutralizing his opponents by any legal means necessary, which means he outboxes them by outsmarting them. That isn’t always fun to watch but it’s effective. That’s what we saw on Saturday. Second, he hadn’t been in the ring since June of last year because of a knee injury, the latest in a series of setbacks that have allowed him to fight only infrequently the past few years. I thought he looked reasonably quick and sharp – including his timing – given the layoff. The fight wasn’t close even though Barrera (17-1, 12 knockouts) is well-schooled and was presumed to have a size advantage. The Cuban pushed the action – throwing 259 more punches than Ward, according to CompuBox – but took much more than he gave. Barrera landed a mere 15 percent of his punches (111 of 722), an indication that Ward’s defensive abilities are as good as ever. And Ward landed a decent 36 percent of his punches overall (166 of 463) but 44 percent of his power punches (100 of 229), which is very good. The scores more or less told the story: 117-109, 119-107 and 117-109, all for Ward (29-0, 15 KOs). I concurred with the two judges who gave Ward 10 of the 12 rounds. I don’t think Ward’s performance was special but he should be satisfied with himself. He did well.

Ward vs. Kovalev: The answer to that question is a resounding “no.” I have no reason to doubt the sincerity of trainer Abel Sanchez, for whom I have tremendous respect. He was asked after Ward defeated Barrera, who Sanchez trains, how the version of Ward we saw Saturday might fare against reigning light heavyweight king Sergey Kovalev and he didn’t hold back: “I don’t think (Ward) has a slight chance at this point.” I disagree. Yes, Kovalev has been active – and utterly dominating – while Ward hasn’t had an important victory in 3¾ years. And, yes, the thought of a former super middleweight with limited experience at 175 pounds facing a puncher like Kovalev might seem daunting. That said, dismissing a fighter who hasn’t lost since he was 12 years old is misguided. Ward is rusty – although somewhat less so after Saturday – but he’s arguably the most talented fighter in the world. And, again, no one is more resourceful. I know Kovalev is good but Ward, at his best, is better. The question is how close to his best would Ward be? I would suggest he fight only once more to shed remaining rust and adjust to the division; after all, the Barrera fight was his first as a full-fledged 175-pounder. Then I think Ward would be ready. However, even if Ward decides to roll the dice and face Kovalev next, I think Ward would win what would be a fascinating fight. I look forward to learning whether I am right or wrong.

Joseph Diaz Jr.: The most impressive performance in Oakland was turned in by the featherweight contender from L.A. Diaz easily outboxed a solid opponent in Jayson Velez to win a one-sided decision, perhaps the last step before Diaz gets his first title shot. And it wasn’t merely a boxing lesson. The former Olympian’s punches were super quick, punishing and accurate, eye-catching shots that reminded me of those his promoter – Oscar De La Hoya – once threw. Diaz landed more than 50 percent of his punches, according to CompuBox. Afterward, Golden Boy matchmaker Robert Diaz (no relation) said his fighter is ready for a title shot now even though he has had only 20 pro fights (20-0, 11 knockouts). No one who saw him fight Saturday would argue with that statement. Of course we don’t know how Diaz might fare against the very best 126-pounders, formidable boxers like Vasyl Lomachenko, Gary Russell Jr. and Leo Santa Cruz. It’s hard to imagine anyone taking them down much less a relatively inexperienced 23-year-old like Diaz. The tools appear to be there, though – the skills, the confidence, the discipline. Darryl Hudson, Diaz’s strength and conditioning coach, said the fighter arrived at training camp for the Velez fight in superb condition. “He’s never out of shape,” Hudson said. That’s music to the ears of Golden Boy Promotions. The kid has the potential to go a long way.

Thoughts and prayers to Nick Blackwell, who suffered bleeding on his brain after his loss to Chris Eubank Jr. on Saturday in London. The good news is that doctors don’t feel he needs surgery and he could be brought out of an induced coma at any time. ÔÇª IBF welterweight titleholder Kell Brook (36-0, 25 KOs) had no trouble with mandatory challenger Kevin Bizier (25-3, 17 KOs), scoring a second-round knockout on Saturday in Sheffield, England. Brook hasn’t faced a top-tier foe since August of 2014. He’s overdue for a big fight. ÔÇª I’ve seen a lot of celebrities at a lot of fights and I’m not sure I’ve seen fans more excited than they were to see Stephen Curry at the Ward-Barrera fight at Oracle Arena, where the NBA-champion Golden State Warriors play. The Bay Area fans reacted to Curry as if he is a matinee idol, not a star athlete. He certainly is royalty in those parts.