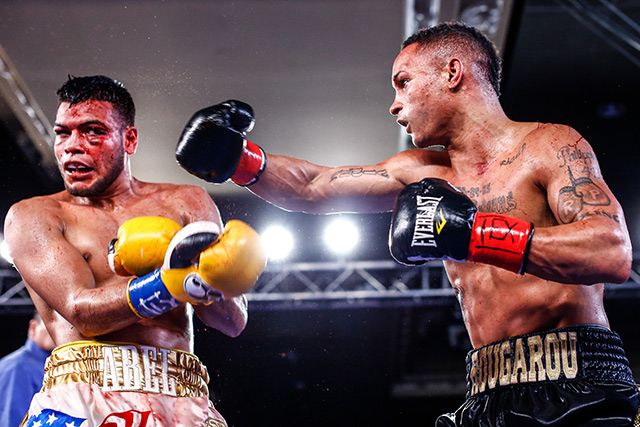 Today, Regis Prograis is one of the top up-and-coming junior welterweights in the world. On Friday, he returns to action to face young veteran Aaron Herrera on “ShoBox: The New Generation” at the Buffalo Run Casino in Miami, Oklahoma, live on Showtime, 10:30 p.m. ET/PT (delayed on the West Coast).

However, a decade ago, he was a teenager unsure of where his life was going when Hurricane Katrina struck.

He also found a positive from the devastation and made something of himself through boxing.

Looking back, he vividly remembers the atrocity. “It was devastating but it was a new way of life to me,” Prograis told RingTV.com. “For me, Hurricane Katrina was the best thing to happen in my life because I know, without a doubt, I wouldn’t be where I’m at now if it wasn’t for Hurricane Katrina.

Initially, after hearing the evacuation warnings in late Aug. of 2005, the Prograis family debated whether to leave town, having heard similar instructions throughout the years.

“In New Orleans, they say every Hurricane season, evacuate the city, so it’s like the little boy who cried wolf and then nothing happens or maybe a tree falls down but nothing as devastating as Hurricane Katrina,” he said. “But the mayor at the time, Ray Nagin, got on the news and he said it’s an emergency evacuation and it’s gonna be like Hurricane Betsy (a hurricane that hit the Gulf Coast in 1965).

“That was a Hurricane that happened when my grandma was young ’cause we was all set to stay but, after she heard (the Katrina announcement), she said, ‘No, we’ve got to leave.’ Everyone was devastated. It was me, my grandma, my grandpa, my younger sister and my cousin and we drove to Houston.” 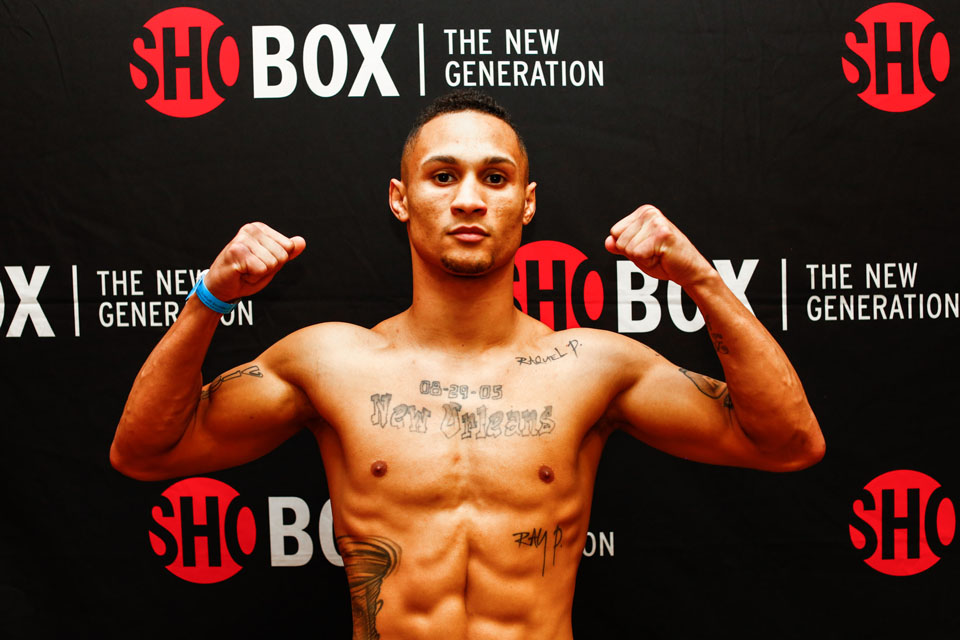 It was a good thing they heeded the advice. All told, the Category 5 hurricane caused more than one billion dollars in damage – the most of any Hurricane to ever hit North America – accounting for well over 1,000 lives, most of them from Louisiana.

“We moved around a lot,” Prograis who sports a spotless 16-0 (13) record said of the aftermath. “I think I counted 16 times. We were living in hotels, people’s garages; we kept moving. We went to Mississippi for a couple of weeks; we moved to Slidell [Louisiana] for a couple of weeks.”

Afterward, his family headed back to recover what they could.

“My grandma and mom broke down crying because our houses were destroyed,” he said. “My grandma had 13 feet of water; we had eight feet of water. In my grandma’s house, everything was gone. It’s not about material things; it’s pictures and memories. All that was gone. In our house, it was eight feet, so most things were gone but we could salvage some picture albums that was high up and clothes.

“It was harder on my family, the adults that had houses. For me, it was just a new start. Of course my life changed; everything you know is gone. It’s not like you have a fire in your house and you have to move to another part of town and still go to the same school. You have to move everything.”

Boxing was the path he chose and, when he first came to Houston at 17 years old, he visited the thriving Savannah Boxing Gym.

“At the time, Juan Diaz was at the top of his game. Rocky Juarez was fighting big fights. (Evander) Holyfield was in the gym. There was a lot of other big-name pros,” he reminisced. “So I was in the gym training right alongside these champions, (Guillermo) Rigondeaux, Erislandy Lara, Kermit Cintron. They’re all training with Ronnie Shields at Savannah’s Gym and he had all the big-name champions, just being alongside them, you feel you can be like them one day.

“Moving to Houston, being around all these great fighters, you spar and train with them; you get better. I got better from getting beat up. In New Orleans, I can beat up the whole city in my weight class. Here, people give me challenges; that’s how you get better.

“(Mike) Tyson and Roberto Duran, they’re my two favorite fighters of all time. Being around Holyfield, who beat Tyson and made millions and millions of dollars – Holyfield used to have a 100 bedroom house – being next to someone like that does something to your mind and, at that moment, I knew I could do it too.”