Martha Salazar wants to make history of her own 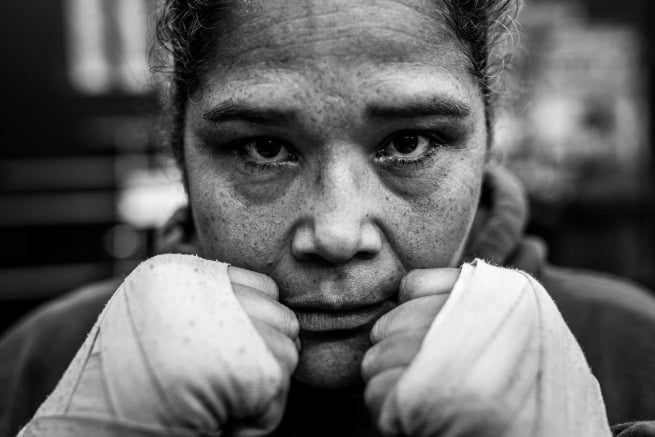 Like Bernard Hopkins, female heavyweight Martha Salazar is very motivated to fight into her fifties.
Why not? She has found success in her most recent fights.
Salazar will defend her WBC female heavyweight title tonight against Alejandra Jimenez at the Oasis Hotel Complex in Cancun, Quintana Roo, Mexico.
The 10-round bout will be broadcast live on FOX Deportes, beginning at 9:30 p.m. ET/6:30 p.m. PT.
The 46-year-old Salazar (13-4, 3 knockouts), who began her career in 2001, returned to the ring in 2013 after a six-year hiatus. In her last bout in Nov. of 2014, Salazar won a one-sided, 10-round decision over Tanzee Daniel to win the vacant WBC belt.
Salazar is best remembered for her three fights with Vonda Ward during a four-year span (2003-2007).
Jimenez (5-0, 4 KOs) has not faced the caliber of opponents as Salazar but has been more active, fighting three times in 2015.
In her last bout on Nov. 27, Jimenez stopped Carmen Garcia in the second round. Jimenez has never fought past the sixth round.
Also fighting on the Golden Boy Promotions/Cancun Boxing card, junior welterweight Roberto Ortiz will fight Pascual Salgado of Colombia in a 10-round bout.
Ortiz has won his last two bouts since his second round knockout loss to Lucas Matthysse in Sept. of 2014.

Francisco A. Salazar has written for RingTV.com since Oct. of 2013 and has covered boxing in Southern California and abroad since 2000. Francisco also covers boxing for the Ventura County (California) Star newspaper, Boxingscene.com and Knockout Nation. He can be reached by email at [email protected] or on Twitter at FSalazarBoxing.