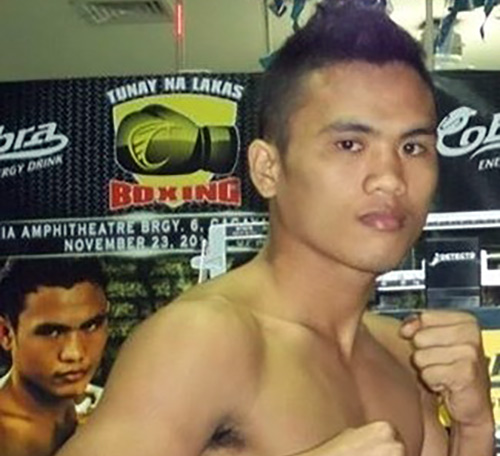 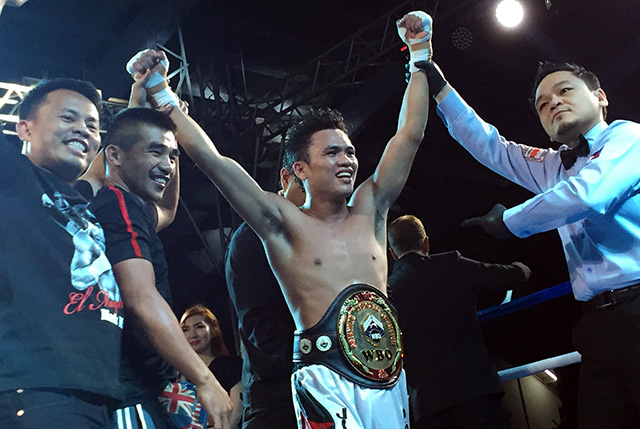 MANILA, Philippines – Jimmy Paypa seemed like a safe enough opponent for Bernabe Concepcion as the long-time junior featherweight contender looked to rebuild his campaign towards another title shot.

Paypa brought a low knockout percentage and was just one fight removed from a first round knockout defeat in Japan over a year ago. What Concepcion and his handlers didn’t count on was that Paypa would fight the fight of his life in his biggest fight to date.

Paypa let Concepcion know from the opening moments that he wasn’t there as a fall guy, dropping Concepcion with a right hand high on the head in the first round. Concepcion, a two-time world title challenger, struggled to raise off the canvas but steadied himself enough to back up the Magsaysay, Lanao del Norte native with his size and his strength.

Concepcion slowly began to work his way back into the fight but found himself fighting behind the quicker Paypa, whose busy jab and activity contrasted with the heavier handed, but more lethargic Concepcion.

Concepcion came close again in round nine, rocking back Paypa with right hands that moved his head back but the highlights were few and far between as Paypa finished up each exchange with his stubborn counterpunches.

“I didn’t expect like that,” said Paypa said of his performance. “I know he has power and that’s why I kept my distance.” Trainer Edito Villamor said that ALA Promotions had “big plans” should Paypa earn the win.

Concepcion, who hadn’t lost in five fights since a 2012 knockout to Mikey Garcia, admitted he wasn’t the same after the knockdown in round one and had lacked the appropriate conditioning to deal with Paypa. Concepcion did vow to fight on, however.

In the main event, Roberto Gonzales (27-2, 17 KOs) stopped previously unbeaten boxer Arjan Canillas (13-1-2, 10 KOs) at :57 of round seven of the scheduled twelve-round fight to win the Philippine lightweight title.

Gonzales, 25, of Romblon, Philippines established his jab early, breaking up Canillas’ rhythm while setting up his own counter right hands. The right hands started to wear on Canillas, swelling his left eye and bloodying his mouth. It was clear that Canillas couldn’t see from the eye, but it wasn’t until round six when Gonzales introduced the uppercut that he could no longer defend himself.

Gonzales, who trains out of the Philippine province of Batangas, has now won seven straight since suffering a pair of knockout losses in 2012.

His promoter Elmer Anuran says the goal is to continue building his career in the Manila area while targeting a regional title in the near future.

The knockout of the night came at the expense of Bryan Macamay (9-5-2, 5 KOs), who was knocked out in round three of a lightweight fight by Gilbert Donasales (6-11-1, 4 KOs). Macamay had dominated the fight with his much sharper skills, but Donasales found the target with his own right hand as Macamay launched one as well and was unconscious before he hit the floor.