Casey Ramos to fight in first 10-rounder on Saturday 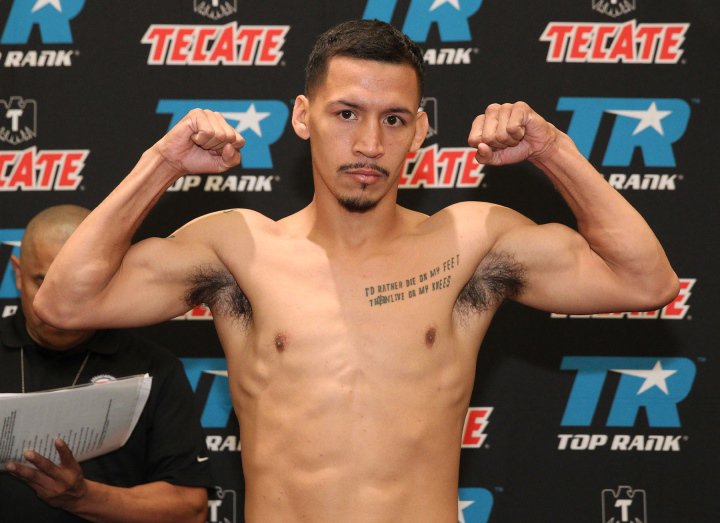 Casey Ramos has flown under the radar in recent years. Felix Verdejo and Saul Rodriguez are lightweights who have gained greater recognition fighting under the Top Rank Promotions banner.

If Ramos continues his winning ways, 2016 could be his breakout year.

Ramos will fight hard-hitting Jonathan Perez this Saturday at the Marriott Convention Center in Burbank, a suburb of Los Angeles.

Ramos (21-0, 5 knockouts) will be fighting in his first 10-round bout after fighting in numerous eight round co-features. The Austin, Texas resident may lack significant punching power but has made for good action fights in recent years.

In his last bout on Nov. 20, Ramos won an eight-round unanimous decision over Adones Aguelo.

Perez (35-13, 28 KOs) snapped a four-bout losing streak with an eight-round decision over former world title challenger Gamalier Rodriguez on Dec. 11. In his last bout on Jan. 29 in his native Colombia, Perez knocked Fausto Corrales out in the second round.

In the opening bout of the “Solo Boxeo Tecate” telecast, unbeaten welterweight Arnold Barboza squares off against Max Becerra in a six-round bout.

Both bouts are scheduled for eight rounds.

Francisco A. Salazar has written for RingTV since Oct. of 2013 and has covered boxing in Southern California and abroad since 2000. Francisco also covers boxing for the Ventura County (California) Star newspaper, Boxingscene.com and Knockout Nation. He can be reached by email at [email protected] or on Twitter at FSalazarBoxing.