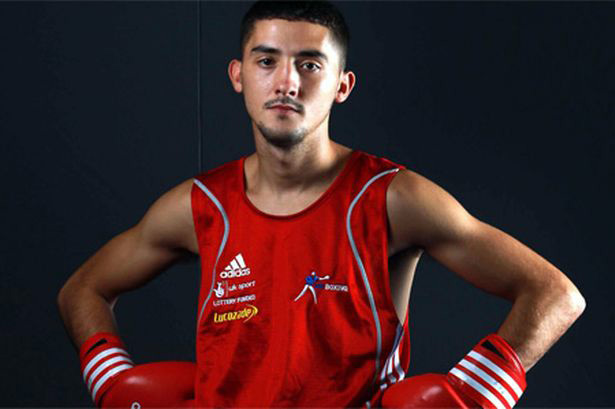 Best night of pro career: It’s very early days in Selby’s pro career but he was hugely decorated in the amateurs, earning a medal at every major tournament except the Olympics.

With his vast amateur pedigree he figures to progress quickly. In his last fight he impressively shut out the hugely experienced two-time world title challenger Everth Briceno.

“It would have to be my last fight,” Selby told RingTV.com. “I fought a tough guy, showed my skills. He’d fought for a world title [losing decisions vs. Fernando Montiel and Omar Narvaez].”

Worst night of pro career: He’s happy with how his three bouts to date have gone, though he admits he was a little over excited in his pro debut.

“The first fight I was trying to take him out so quick,” he said. “After a round I got used to it. The crowd made me excited.”

Next fight: Selby faces Brett Fidoe on Friday at the Newport Centre, Newport, Wales, in his first fight of 2016.

The 25 year old from Worcester is a tough journeyman who’s record is 6-22-2 (5). Although he shouldn’t be too much of a threat he has campaigned at bantamweight and has never been stopped.
ÒÇÇ
If all goes well Selby is on a collision course with Charlie Edwards, the two met in the amateurs.

“I won by five points a few years back,” he said. “He’s improved since, it’ll be a good fight.”

In his vast amateur career one win stands out as his best: “Probably the Olympic qualifiers, [when] I beat [Kal] Yafai.”

At the 2006 World Junior Championships, Selby met a then unknown Vasyl Lomachenko.

“It was a really good experience,” he said. “That tournament was the first World Championships he won, so no one knew until then. That’s when people started to recognize him.

“It was for a medal in the World Championships. He was just so fast, I wasn’t experienced, I was only 17, he went on to win the Worlds.

“I’m proud to say every single person he fought in that World Championships he put on the floor, even the Cuban in the final but he didn’t put me down, I’m happy with that.”

Prior to turning pro the Welshman fought in the “World Series of Boxing”, representing British Lionhearts and Italian Thunder, going 9-1. The lone loss came in his final fight when it was stopped because of a fractured eye.

Although the he has only three pro bouts he feels that the WSB helped bring him on to the point of a fighter with 13/14 fights.

“It was lighter gloves, 8 ounces,” he explained. “It was just like professional fights only it was five rounds, these fights are the top top amateurs, I fought Michael Conlon and two 10-0 pros, they were real tough fights.”

It appeared for a while as though Selby would stay in the amateurs, however, he felt stale and needed to change things up.

“[There were] two reasons, one watching my brother and [two] my age,” he said of his reasoning for turning over. “I was getting a bit old. I just turned 27, most people turn [pro at] 21.

“I was going to tournaments and fighting the same people over and over again. I was getting robbed and I started going in the ring and feeling, ‘have I lost?’, in the professional, it’s fair, no robbing. [Also, I’m] not going to fight the same people and I don’t like flying [Laughs].”

Selby has many attributes as a fighter but when asked what his best is he says, “[I] switch hit and my foot movement.”

His father Lee Sr. is a regular in the training camp, keeping a keen eye on both his sons. He likes how Andrew has adapted to the pros.

“I think he’s got everything, there’s nothing he can’t do. Technically [he’s] better than his brother.

“Lee’s bigger and stronger, when they spar you don’t let them go properly, Andrew’s a lot faster because he’s lighter.”

Why he’s a suspect: Having fought a variety of styles in a multitude of different countries Selby is an experienced campaigner though doesn’t yet have pro experience, it’s something he’s gaining as he goes along, also benefiting from his older brother Lee’s experiences.

To progress to the level he’d like to reach he feels he needs to be more aggressive.

Selby Sr. is pleased with how things are going but feels his son needs a little bit more power to add to arsenal: “Bit more power, finished article then, he’s got all the ability.”

Story lines: When Selby – the youngest of three brothers – was 7 took up Tae Kwon Do. He then followed his elder siblings to the boxing gym. Initially, he wasn’t too bothered.

“I didn’t think much of it,” he said reminiscing. “My mates used to go and we knocked about together.

Selby Sr. could see the natural talent from a young age: “He changed when he was 14, he mixed at a high level and he dealt with it, it was European and world class level. He was a lot quicker to develop than Lee.”

Selby was on the GB squad for nine years, traveling back-and-for each week from his home in Barry to Sheffield, a distance of 211 miles, a near-four hour drive.

Initially, he struggled to settle at the new gym.

“Sparring with all the English [fighters], I was winning British titles and got onto the GB squad, I was at 51KG, they were doing me,” he said. “So I moved up to 54 and they were better, so they said, ‘You can’t come to GB [camp] anymore’ so I wasn’t happy. I went to the European’s and medaled. I’m a much better fighter than sparrer, as I was sparring up there I wasn’t performing so they were like, ‘We can’t have him,’ but I was doing better than everyone else in tournaments, winning medals, so they thought, ‘He is good, maybe he just can’t spar,’ so they had me working on my sparring more and I was sparring like I was fighting.”

Once he made the adjustment, he flourished traveling the world.

“They flew me out to as many tournaments as they could,” said the grateful Selby. “I wouldn’t be here now if I didn’t have all the experience of Team GB, I learned a lot.”

His goal in boxing is like everyone else who enters the sport to become a world champion.

“Go for British, European [titles] and hopefully one day I’d like to be a world champion, flyweight, super flyweight and maybe bantamweight as well.

“I can’t see myself staying at flyweight much longer so I’m going to try get the British, European, hopefully go for the world title within a year, year-and-a-half and then super flyweight and bantamweight then.”

Away from boxing he still lives in Barry, he likes to relax watching films, fishing and even plays Bingo, jokingly saying it helps his hand-eye co-ordination.