While Jessie Vargas has chirped, Sadam Ali has quietly waited for his time 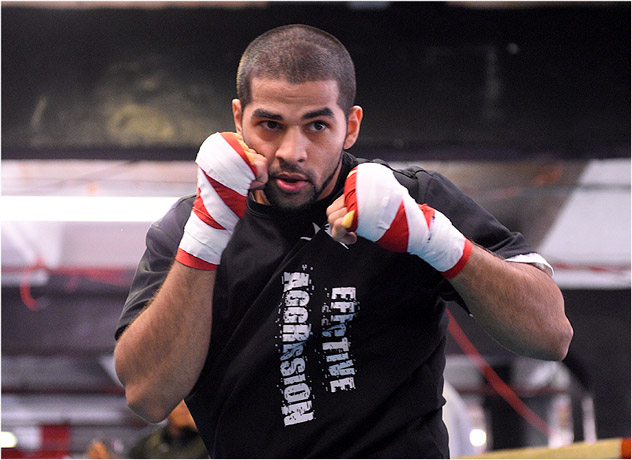 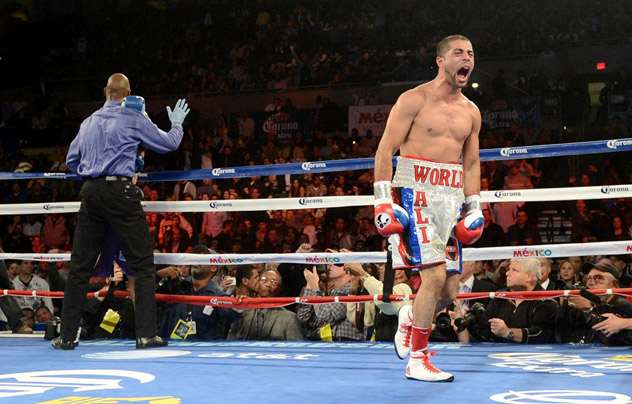 WASHINGTON, D.C.- In the age of the sound bite, where almost everyone seems to have a witty put-down locked and loaded, Sadam Ali has chosen not to engage.

It’s an approach Ali took with him to the 2008 U.S. Olympic Team Trials, when he out-pointed a young fighter from Omaha named Terence Crawford. And it’s an attitude that has served him well in the pros, where his laid back and friendly demeanor has made him an easy guy to root for.

In facing Jessie Vargas on Saturday for the vacant WBO welterweight title, however, Ali’s good manners have been put to the test as he’s endured a slew of insults from his opponent.

No put-down seems too small for the Las Vegas resident, who has mocked Ali’s fighting style as amateurish, suggested the Brooklyn resident is afraid of him and generally acted superior to the 27-year-old.

“I think Jessie Vargas is just trying to get into my head,” said Ali, who fought in the 2008 Olympics. “I think some of the things he says are really stupid. But nothing that he says is affecting me in any way. I don’t know if he plans on getting in my head or he’s trying to scare me. None of that is really working, to be honest with you.”

Ali (22-0, 13 knockouts) has laughed off the comments, refusing to get into a war of words with the loquacious Vargas (26-1, 9 KOs). To another talkative fighter, Paulie Malignaggi, who will be in Ali’s corner when he faces Vargas at the DC Armory, the way Ali has comported himself is no surprise.

“Sadam has always had a calm demeanor,” Malignaggi said after Friday’s weigh-in. “That’s where he differs from me. I was always an emotional firecracker. I relied a lot on my emotions to pump me up. Sadam is more of an emotionless type fighter. Whether it’s in the gym or if you converse with him on the street, he’s very even-keeled. There’s not a lot of highs and lows. He’s right in the middle and he does a good job of being able to keep that mid-range composure.”

Malignaggi, also a well-respected boxing commentator, believes Ali’s self-control helped him in two of his biggest wins to date, against Luis Carlos Abregu in 2014 and Francisco Santana last April.

“I think that’s also an advantage in the ring because nothing really phases him, whether it’s a large crowd for the first time that he deals with, like the Abregu fight, or the ultra-pressure fighter like Santana in a big crowd,” Malignaggi said. “But I think not letting those emotions affect his demeanor is an advantage that he’s learned to accept.”

For Ali, the way he goes about his business is not an act. He was the same easy-going soul when he and his father, David, refused to sign with a promoter at the start of his career and formed their own promotional company to get him fights.

His behavior didn’t change when he signed with Golden Boy in 2013 after he was 16-0. And he didn’t blow up the internet with angry comments when he was made the mandatory challenger to face Timothy Bradley for the WBO title last August only to wait seven months for his shot.

“I believe I was raised right,” Ali told RingTV.com on Friday night. “I believe that I was raised with respect. And the way that I am is not an act. It’s just who I am.”

Malignaggi admitted most fighters use trash talk and Twitter wars to call attention to themselves and raise their profiles. Ali prefers to let his skills in the ring speak for him even if it has kept him out of the limelight.

“Sometimes the quiet ones get left under the radar, the good ones get left under the radar,” Malignaggi said. “Sometimes you have to be obnoxious. If you’re not Latin, then you can’t be a nice, guy, essentially. That’s why I was such a d—head when I fought. Sometimes he’s too nice and he’s unappreciated. But I think his skills will constantly tell the tale and little by little, as he continues to make his mark with every solid performance, I think people will learn to appreciate him more.”

Ali has had no problem letting Vargas talk himself hoarse in the days before the fight. And to put it in perspective, Vargas’ chatter has been more playful and mischievous than malicious. The two did jaw at each other in the stare down after the weigh-in. But Ali couldn’t help but smile at Vargas, who smiled back. Ali wasn’t about to start hurling verbal insults just a day before the fight. Yes, Vargas has gotten most of the attention in the run-up to the fight, but Ali is comfortable with letting him steal the spotlight before they step into the ring, knowing it’s superficial attention.

“I feel some boxers do need to (talk trash) and it gains them fans and it gains them some haters as well,” Ali said. “It just draws the attention that they need. As for me, I believe people love me for the way I am just by me being me. So I’ve never made a plan to get more fans, ‘OK, let me talk crap because that will give me more fans.’ I feel like I have enough and I like the fact that I can be just me. I don’t play an act to receive the attention that I want. I’m getting that with just being who I am.”

And if he wins on Saturday, Ali will get more attention than even he could have imagined.