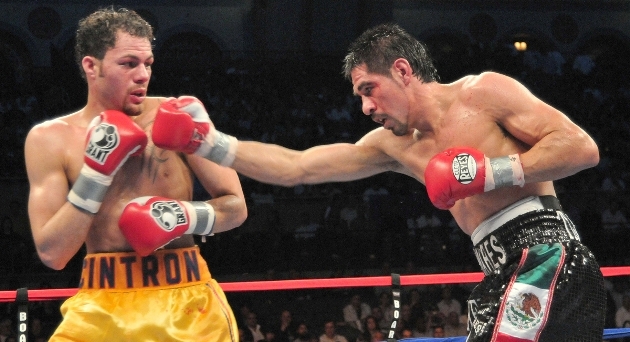 A lot is riding on Antonio Margarito’s comeback fight on Saturday against Jorge Paez Jr. in Mexico City. If he performs well, Top Rank CEO Bob Arum said it could lead to a return match in the United States, possibly at Jerry Jones’ AT&T Stadium in Arlington, Texas, on a pay-per-view platform.

Buoyed by the attention on Margarito’s return, Arum seems eager to capitalize on the popularity that still exists more than four years since his last bout. “I want to see him at this fight and then I’d like to put him in a big fight in the United States,” Arum told RingTV.com. “I got to see how he looks. I got to see what weight he’s fighting at. If he wins, and Gilberto (Ramirez) wins (on April 9 against Arthur Abraham for the WBO super middleweight title), you can do a big PPV in Cowboys Stadium.”

In Arum’s florid imagination, Gilberto would face Julio Cesar Chavez Jr. in Arlington with Margarito, who turns 38 later this month, appearing on the undercard against an opponent to be determined. “Gilberto can face Chavez maybe,” Arum said. “That fight would be really big.”

Of course, Arum is fully aware that all the speculation surrounding Margarito (38-8, 27 knockouts) is premature until he gets in the ring. The former welterweight titleholder hasn’t fought since he was busted up by Miguel Cotto in December of 2011.

In that fight, Cotto seemed to target Margarito’s surgically-repaired right eye as revenge for their 2008 encounter, a result that has since been called into question after Margarito’s hand wraps were found to be doctored before his match with Shane Mosley in 2009. Margarito had already sustained a detached retina and a cataract that necessitated surgery in his bout with Manny Pacquiao in 2010 at then-named Cowboys Stadium. In recent photographs, Margarito’s eye looks warped and misshapen.

While Arum is still in the fact-finding stage for Margarito, he seemed impressed by the brisk ticket sales surrounding his bout Saturday at Mexico City Arena. “It’s going to do over 10,000 people,” he said. “It shocks me.”