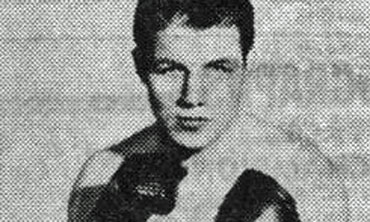 The teak-tough Helsinki resident made a name for himself as the sparring partner for Ingemar Johansson ahead of the rematch with Floyd Patterson in 1960.

Kokkonen boxed professionally between 1957 and 1967 and was world ranked. He was a regular on the European scene, fighting mostly in Scandinavia. He fought once in the United States.

His biggest fight was a 10-round decision loss to former light heavyweight titleholder Harold Johnson in December 1966. The following year he took on Italian Piero Del Papa for the European title but lost a 15-round decision. Kokkonen retired with a record of 37-16-4 (28 knockouts).

He remained involved in boxing after retiring, working for the Finnish Professional Boxing Federation. His last card was headlined by the European heavyweight fight between Robert Helenius and Franz Rill this past December.

Kokkonen lived in Pakila, a suburb of the capital, Helsinki. He was known as “Pakila’s smiling gardener” because of his love of flowers. He grew and sold them for much of his life.

Kokkonen, a widower, was survived by his children and many great grandchildren.