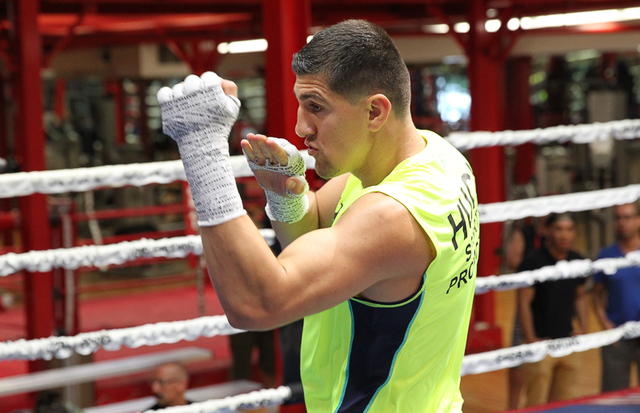 Rebounding from a shocking loss six months ago, former cruiserweight titleholder Marco Huck (39-3-1, 27 knockouts) mauled his way to a 10th-round stoppage of Ola Afolabi on Saturday in Halle, Germany. It was the pair’s fourth time sharing the ring, and Huck’s win brought his record to 3-0-1 against the Los Angeles-based Londoner.

It was a grueling night for Afolabi, whose opponent stalked forward and fought in bursts between roughhouse tactics that eventually drew warnings from referee Jack Reiss.

Huck’s assaults included a good number of flush shots that more and more began to blindside Afolabi as his left eye swelled shut. Afolabi hung tough, jabbed cleanly and picked up a handful of rounds on the scorecards but by the seventh and eighth the swelling had gotten severe.

“Uppercuts!” trainer Rudy Hernandez commanded before sending Afolabi out for the ninth round. But it was far too late for the advice to make a difference and too late for a point taken from Huck at the end of the round (for punching after the bell) to matter.

Once Reiss had a look at Afolabi’s eye during the break after Round 10, the fight was called off. It was the first stoppage loss for Afolabi (22-5-4, 11 KOs), who was coming off a fifth-round knockout of Rakhim Chakhkiev in November.

On the undercard, unified (IBF, WBA, WBC and WBO) welterweight champion Cecilia Braekhus (28-0, 7 KOs) fought for the first time since November 2014 and took care of Uruguayan challenger Chris Namus en route to a unanimous decision win. The scores were 100-90 across the board.