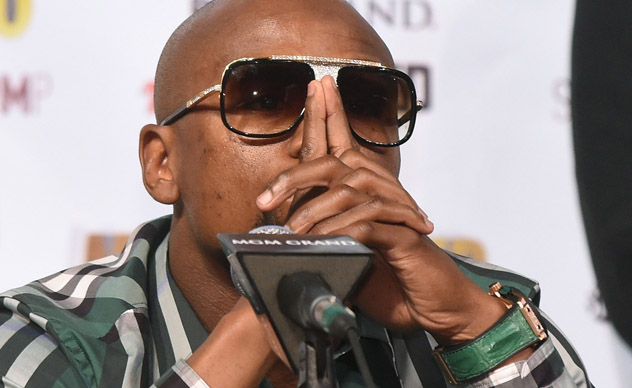 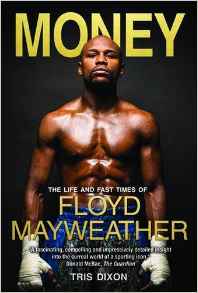 “Floyd Mayweather knows boxing,” Tris Dixon writes. “He knows it better than he knows anything else.”

Those words ring true. And they’re at the heart of Dixon’s new book, “Money: The Life and Fast Times of Floyd Mayweather” (Arena Sport).

Early in “Money,” Dixon quotes writer Nigel Collins as saying, “I believe most fighters come to the sport damaged emotionally.”

That certainly was true of Mayweather. Floyd’s mother was a crack addict. His father was a drug dealer who spent five of his son’s formative years in prison for selling cocaine.

Dixon’s recounting of Mayweather’s hard origins through the end of his amateur career is detailed and compelling.

Mayweather’s father and two of his uncles were professional fighters.

Dixon writes, “When Mayweather says, ‘I knew boxing before I knew anything else,’ that is probably the case because that kind of violence came before he could remember anything. Life was boxing. Boxing was life. Winning at boxing was winning at life.”

When Mayweather turned pro, he moved from the fight game to the fight business. He had a vision of what his starpower could be. It was grandiose and went far beyond logic. But he made it happen.

Dixon takes readers on that journey. There’s in-depth reporting on Mayweather’s fights, his ongoing dysfunctional family life, his ostentatious lifestyle, and all the other outside-the-ring touchstones of the fighter’s career.

Always, it comes back to boxing.

Dixon is a thorough researcher, an accurate reporter, and a good writer. But after its exceptionally good beginning, his book loses some of its luster.

The material on Mayweather’s early life and amateur career is interesting in part because Dixon supplements what boxing fans already know. But the further down the road “Money” travels, the fewer insights are offered to readers. The familiar stories are told well, but they’ve already been told. The fight-by-fight recitation of Floyd’s career is thorough but repetitious and more detailed than necessary at times.

What’s missing is something new.

The best biographies break new ground. They offer insights and interpretations, and lead readers to reevaluate what they think they already know.

Dixon could have broken new ground with Al Haymon, who was one of the masterminds behind Mayweather’s extraordinary economic success. But there’s surprisingly little in “Money” about Haymon.

Nor is there an in-depth evaluation of the manner in which the networks and some in the media gave Mayweather a pass for years with regard to his physical abuse of women.

For example, in 2012, HBO (which was televising Mayweather’s fights on HBO PPV at the time) aired a special in which Michael Eric Dyson (a professor at Georgetown University) interviewed Floyd regarding his impending jail sentence for physically abusing Josie Harris (the mother of three of his children). Dyson likened Mayweather to Muhammad Ali, Jim Brown, and Kareem Abdul-Jabbar as an oppressed black athlete that the system was trying to silence. Mayweather’s previous convictions involving violence against women went unmentioned on the program.

We live in an age of diminished standards and accountability. Too many people at all levels of society, from presidential candidates and corporate executives on down the ladder, say whatever they want without regard to truth, knowing that their enablers will support them. Mayweather is a poster boy for that phenomenon.

“Am I guilty?” Floyd asked Dyson rhetorically. “Absolutely not. I took a plea. Sometimes they put us in a no-win situation to where you don’t have no choice but to take a plea.”

Dixon could have used the Mayweather-Dyson interview as the fulcrum for penetrating analysis of a much larger issue. Instead, he chose not to discuss it.

Money is the most thorough book about Floyd Mayweather that we’re likely to see for a long time. But to repeat: The best biographies break new ground, offer insights and interpretations, and lead readers to reevaluate what they think they already know.

It’s precisely because Dixon is such a good writer with so much potential that he should be held to such a high standard.

Thomas Hauser can be reached by email at [email protected] His most recent book (“A Hurting Sport: An Inside Look at Another Year in Boxing“) was published by the University of Arkansas Press.