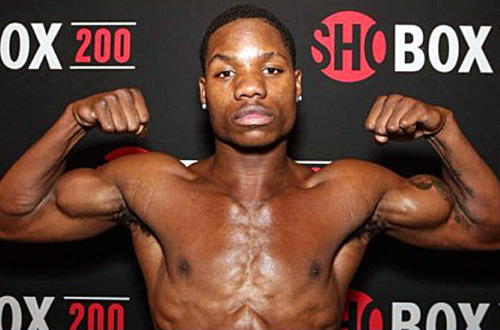 The bout, which will take place at the Sands Bethlehem Event Center in Bethlehem, Pennsylvania, will open the special edition broadcast of “Showtime Championship Boxing.”

Douglas was scheduled to fight former middleweight titleholder Sam Soliman but the Australian was forced to withdraw from the fight last week due to a nagging knee injury.

Khurtsidze was scheduled to fight Giovanni Lorenzo on Feb. 17 in New York City but the fight was cancelled when Khurtsidze was reportedly above the contracted fight weight.

The 23-year-old Douglas (19-0-1, 13 KOs) from Burke, Virginia had an impressive 2015, winning all three bouts by knockout over modest opposition.

In his last bout on Nov. 6, Douglas dropped Les Sherrington a total of five times in route to a fourth round stoppage win.

In the main event of the Showtime telecast, unbeaten junior middleweight Julian Williams will fight Marcello Matano in a 12-round elimination bout.