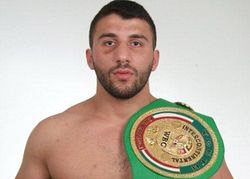 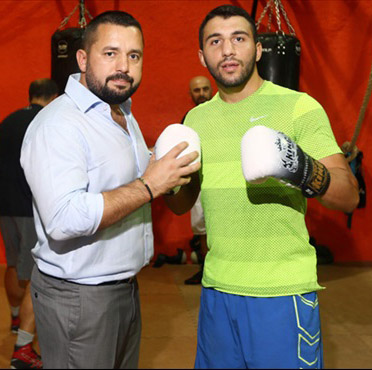 “Glen Johnson [is] a really experienced guy and I came very late, only two days before the fight,” Yildirim told RingTV.com through his promoter, Ahmet ├ûner. “Because my visa arrived late, I arrived Wednesday. [The] fight was on Friday, 10 rounds. No time to recover and I had only five fights.”

Worst night of pro career: So far Yildirim is relatively pleased with how his fights have gone, though felt constrained in one recent outing.

“In my seventh fight, with Bernard Donfack,” he admitted. “I broke my nose on Sept. 19 and fought him on Oct. 11. [I] could not fight how I wanted to, it was a little handicap.”

Next fight: Yildirim is already ranked No. 13 by the WBC, and will look to continue that rapid ascent up the light heavyweight mountain when he faces WBC No. 15 Walter Sequeira on Friday in Offenbach, Germany.

Yildirim was rather dismissive of his Argentine opponent.

“Not much, I have higher expectations,” he said when asked what he thinks of Sequeira. “I think I already know how it will be with the top guys and Walter is not a top guy.”

Why he’s a prospect: Yildirim was an amateur standout in Turkey, winning the national championship five times. He also won bronze at the Mediterranean championships and represented his country at the World Championships in 2013, in Almaty, Kazakhstan, losing in the second round.

His style was more suited to the pros and after convincing ├ûner he made the leap two years ago. Yildirim and ├ûner are keen to progress quickly.

He showed against the serviceable, though admittedly past his prime Glen Johnson last summer that he is another name to add to the growing list of impressive up-and-coming light heavyweights.

Yildirim has gotten some high-class sparring while in Germany.

“Arthur Abraham (the reigning WBO 168-pound titlist),” said Yildirim. “The rest were normal guys from Europe. In Turkey [there] is nobody in my level and therefore I do sparring sometimes with cruiserweights and heavyweights.”

During his own career, ├ûner was a modest light heavyweight. After retiring he formed his own promotional company, ARENA Box-Promotions and most notably helped guide Yuriorkis Gamboa to winning a featherweight title and got Odlanier Solis a heavyweight title shot.

├ûner feels Yildirim’s best attributes are that he’s brave and always looking to come forward and pressure his opponent.

Why he’s a suspect: Yildirim has progressed relatively quickly over the past year but maybe needs to slow things down. He’s only 8-0 and 24 years old, so there is no rush. He would benefit from several learning fights to help him progress before he’s ready for the best fighters in this already packed division.

├ûner, however, disagrees: “He only needs to fight and win three fights [more] and he is [at the] top of the ratings.”

Story lines: As a youngster Yildirim took up kickboxing, taking part in the sport with success for three years. He became interested in boxing and made the transition.

He approached ├ûner, who initially rebuffed his request to turn professional. However, Yildirim showed the same persistence outside the ring that he is now known for inside the ring and eventually proved to ├ûner that he was serious and also that he was good enough to make his mark on the sport.

Away from boxing Yildirim enjoys soccer and music.