Golovkin: ‘It’s not legal’ for Canelo to wait two years for their fight 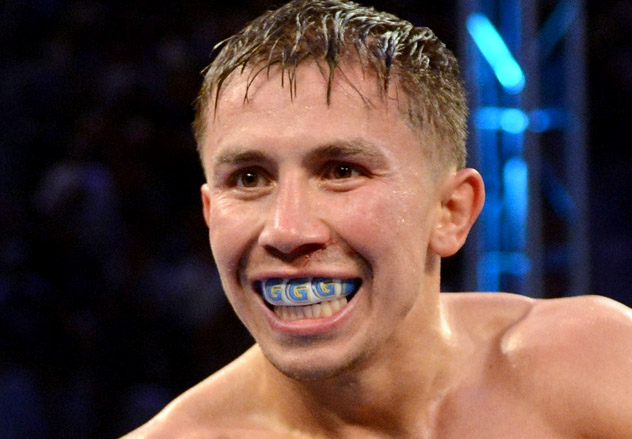 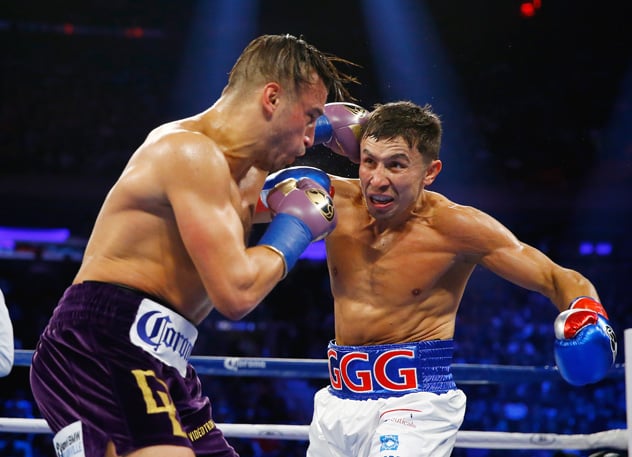 Somehow, Gennady Golovkin and promoter Tom Loeffler managed to keep their cool when the proper reaction might have been panic.

Canelo Alvarez reportedly said he wouldn’t mind if his projected 2016 middleweight championship unification bout with Golovkin was pushed back a couple years to build interest. If that happened, it would be a swift blow to Golovkin’s lengthy pursuit of a star-making bout.

Golovkin, the IBF and WBA titlist, is hoping boxing politics work to make that happen. According to Loeffler, Golovkin has a written agreement from the WBC to force the winner of Alvarez’s fight with Amir Khan on May 7 to agree to negotiate with Golovkin within 15 days after their fight or Golovkin, the mandatory challenger, gets the WBC title.

The idea of Alvarez, also the current RING middleweight champion, surrendering his title rather than face Golovkin this year isn’t appealing to Loeffler but it’s an option he has to consider. Golovkin would have preferred to face Alvarez on May 7 but Alvarez maneuvered into a fight with Khan at a catchweight of 155 pounds, leaving Golovkin to face his IBF mandatory, Dominic Wade on April 23 at the Forum in Inglewood, California on HBO.

“You can’t force someone to get into the ring,” Loeffler said of Alvarez. “If they don’t want to fight, then you can’t force him. (Golovkin’s) goal is to unify the entire middleweight division. He would then – if he doesn’t fight (the winner), he would, by default, get the WBC title and then (Golovkin’s) only missing the WBO title and we go from there. The answer from our side is we’re ready to do the fight. We’re ready to abide by the WBC mandate. If Canelo chooses not to fight and give up the title, we can’t affect that.”

“If Canelo gives up the title and doesn’t fight, then he’s got Danny Jacobs. That would be a huge fight,” Loeffler said. “(Top Rank Promotions CEO) Bob Arum has said if Ramirez beats Abraham, (Ramirez) would get in the ring with (Golovkin). So there are options. And I think at some point, whether it’s his next fight or whenever Canelo is ready, that fight will happen because it’s too big of a fight. That’s becoming along the lines of (Floyd) Mayweather (Jr.)-(Manny) Pacquiao. That fight is too big not to happen.”