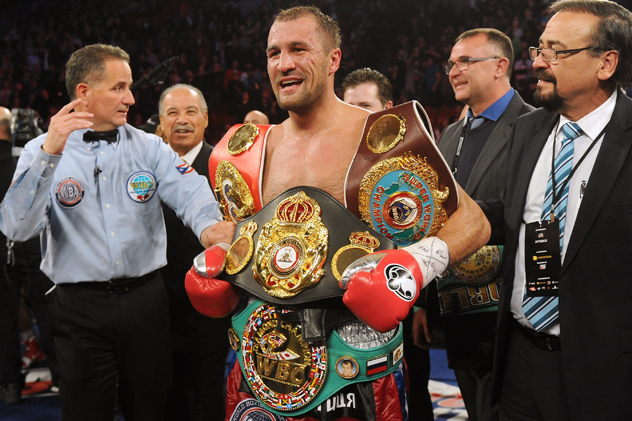 He might be the best pound-for-pound pugilistic talent on the planet. Therefore, that nominates IBF/WBA/WBO light heavyweight titlist Sergey Kovalev for all-in coverage, fully immersive, flood the zone in a mildly stalk-y way.

So, in this vein, I noticed the Russian-born terminator is in his homeland. I got curious, so I reached out to his promoter, Kathy Duva. Is “Krusher” overseas for business or pleasure or what?

“Sergey is in Russia for vacation,” the Main Events boss lady told me. “He also has some business interests there to tend to. But he is not there to plan his next fight.”

While on that subject, do you have a candidate list? Recently, manager Egis Klimas mentioned Juergen Braehmer and Andrzej Fonfara as maybes…

“Obviously, Braehmer and Fonfara are on the list of potential opponents – as are everyone else listed in the (175-pound) Top 10 with the exception of Andre Ward, as Sergey’s fight with him is scheduled for the end of the year! When it comes to finding opponents for Sergey, we typically ask everyone and hope that somebody will accept! Seriously, though, we always reach out for the best possible opposition. It is up to the contenders to decide if they actually want to step up, take a chance, and fight for a world title. We’ll see. I want to finish the deal for the date and the site before we start offering the fight to potential opponents.”

Fair to say, no one doesn’t think Kovalev-Ward isn’t rightfully much anticipated. Ward risks popping the anticipation balloon, to his credit, when he fights Cuban banger Sullivan Barrera, also a Main Eventer, on March 26. Will Krusher be present, scouting from ringside, in Oakland?

“Yes, at the moment, the plan is for Sergey to attend the Ward fight, assuming that Sergey is back from Russia in time,” said Duva.

He might be the best pound-for-pound journalistic talent on the planet. Or not. At the very least Michael Woods takes one helluva selfie (or “head shot,” as the Hollywood types call ’em. The guy’s been on TV, you know).