The search for new boxing stars in ‘GenSan’ 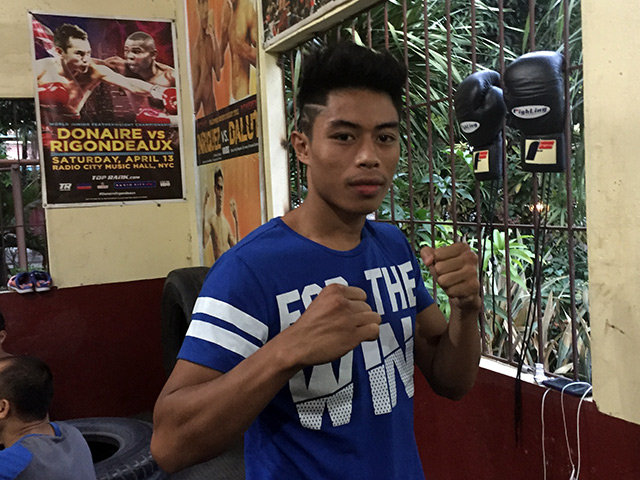 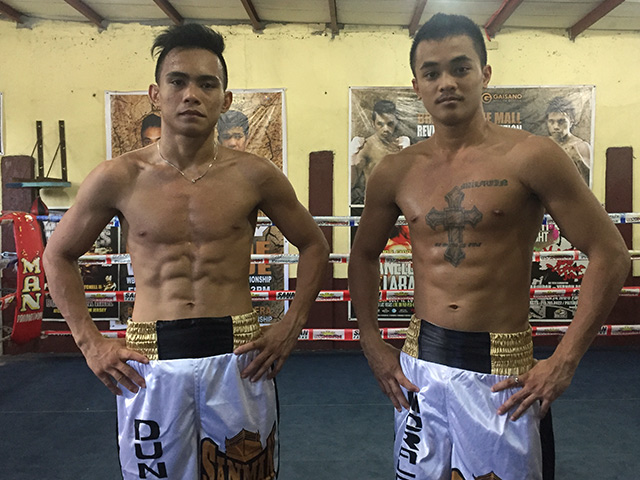 GENERAL SANTOS CITY, Philippines – The fighters at the Sanman Gym live and train just a few kilometers from the home Manny Pacquiao built with the fortunes he has earned in his 21-year career.

In every other way, the boxers are a million miles away from the life Pacquiao enjoys. They live in the General Santos City gym dormitory style – up to 15 boxers at a time – with a pool table and television set for entertainment when they’re not training.

The gym itself is simple, but with the rustic charm one expects of an authentic training facility. There are a few punching bags, replica fight posters printed on tarpaulin, and a regulation size boxing ring which appears larger because of its low height.

Their lives in some ways resemble that of Pacquiao in his earliest days as a fighter. The longshot dream of each boxer at this gym, and every gym in the Philippines, is to punch their way to fame and fortune like Pacquiao.

This Saturday, fighters from the Sanman Gym will try to take their next steps towards that goal when Sanman Promotions presents a six-fight card at the Gaisano Mall Atrium in General Santos City.

Moralde, 21, is a skilled tactician from nearby Davao City from the “win by any means” school of hitting and not getting hit. His style makes him a tough sell, but he finds ways to win. One of eight children born to a radio technician father and a stay-at-home mother, several of his brothers were also boxers.

His biggest win was also his darkest professional moment, when he traveled to Australia and defeated previously unbeaten Braydon Smith last March. Smith died days later from the injuries.

“Every boxer’s dream is the same. To be like Manny Pacquiao, and to be able to support our families,” said Moralde.

Duno, age 20, is the stylistic opposite of Morale. An aggressive, heavy-handed puncher, he was recruited from the Panabo City amateur boxing team. He’s untested though, and Egera, who has lost eight straight, has little to offer besides experience.

Neither fighter is facing a world beater but will face somewhat of a test: Moralde isn’t accustomed to fighting southpaws while Duno will be fighting in his first scheduled ten-rounder against a fighter accustomed to going rounds.

The show will be one of six promoted this year by Sanman Promotions, which is headed by 22-year-old Jim Claude Manangquil and partner Dexter Tan. Manangquil, the son of well-to-do tuna business owners, began promoting shows at age 15 after his mother forbade him from fighting.

“Once my mom found out I was doing that, she banned my coaches from coming inside the house. Banned me from training. But maybe she knows better because boxing is a tough sport,” said Manangquil.

From inauspicious surroundings, the promotion has spurred a few fighters who have made splashes on the international scene. WBA “interim” junior flyweight titleholder Randy Petalcorin (23-1-1, 18 KOs) is rated No. 2 by THE RING at 108 pounds, is the most successful of the gym’s progenies. Harmonito Dela Torre (17-0, 12 KOs), a 21-year-old junior lightweight, will make his U.S. debut under promoter Greg Cohen later this year.

Building fighters in the Philippines is no easy task due to economic issues. Outside of ABS-CBN’s exclusive deal with ALA Promotions, there’s little sustained TV support for the sport. Most club shows offer free entrance, and those that charge do so with tickets as low as 50 pesos (a little over $1) to be affordable for the general public.

With few options for growing a fighter’s career locally, Manangquil hopes to partner with a foreign promoter to take Moralde’s career to the next level.

Still, the shows bring entertainment to a city that loves boxing, but hasn’t seen Pacquiao fight inside the city limits since 1996. It’s the city where the father of Nonito Donaire Jr grew up, which spawned “The Bad Boy of Dadiangas” Rolando Navarette and Marvin Sonsona.

General Santos City is a boxing city, and a city where brave young men look to the sport as a way towards a better life.

“There’s no way here to have a good life so they’re trying to emulate Manny Pacquiao,” said Manangquil.

“That’s why GenSan fighters are some of the best. We produce all of the fighters because they’re hungry, talented. They have the heart. They have no choice but to do boxing.”